Nestled in the middle of Sri Lanka’s hill country and surrounded by lush green mountains, Ella is a charming town and any nature lovers dream. One of the stops along the country’s most beautiful train ride, Ella was one of our favorite places we visited. Most visitors stay in Ella while they explore the surrounding areas and hike the nearby peaks. Little Adam’s Peak and Ella Rock are two of the most popular day hikes in the area but since I was traveling with my Maldivian friend during Ramadan we decided to explore the areas closer to town. 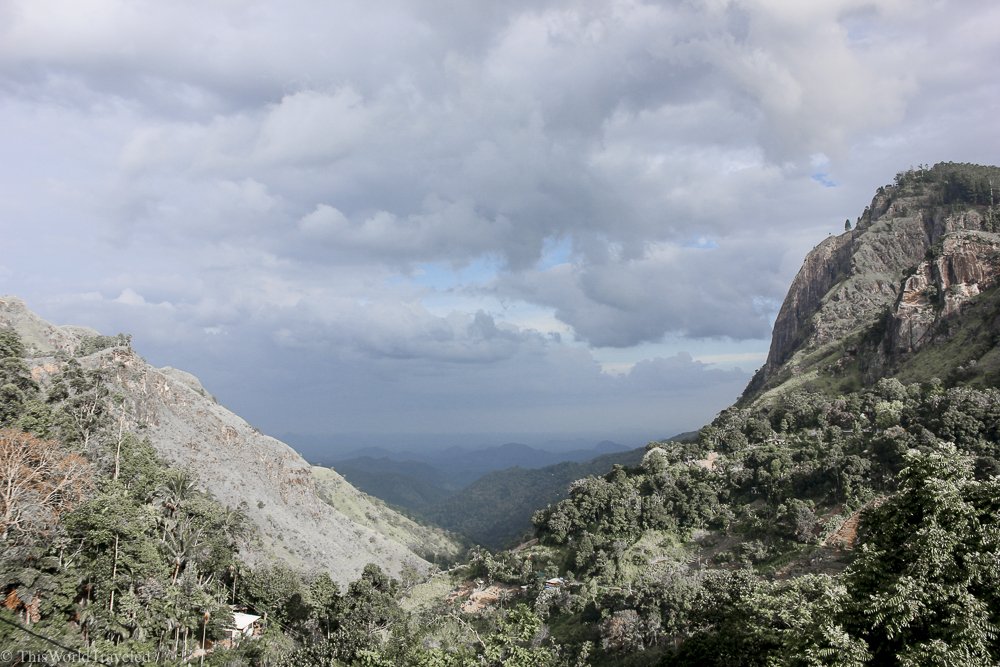 We’d just spent the last few hours comfortably seated on the train floor watching countless tea plantations whizz by while the fresh air breezed through the train cars. Arriving to Ella in the late afternoon we walked the short distance to our guesthouse. With a few remaining hours of daylight we decided to make our way towards the Nine Arches Bridge about 1 mile from our guesthouse. 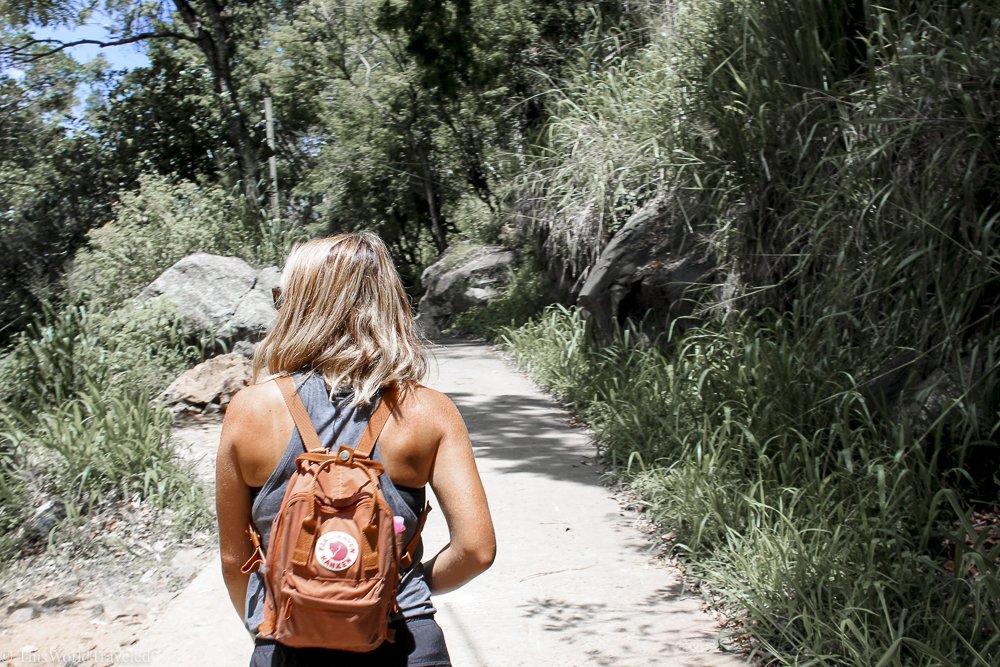 We walked along the main street through the center of town passing by the many restaurants and shops. Making a left at the sign, we continued along the windy road walking uphill and downhill sharing the lane with scooters, tuk-tuks and public buses. We eventually found the turn off for the bridge and headed in that direction, following hand-made signs as we went along. 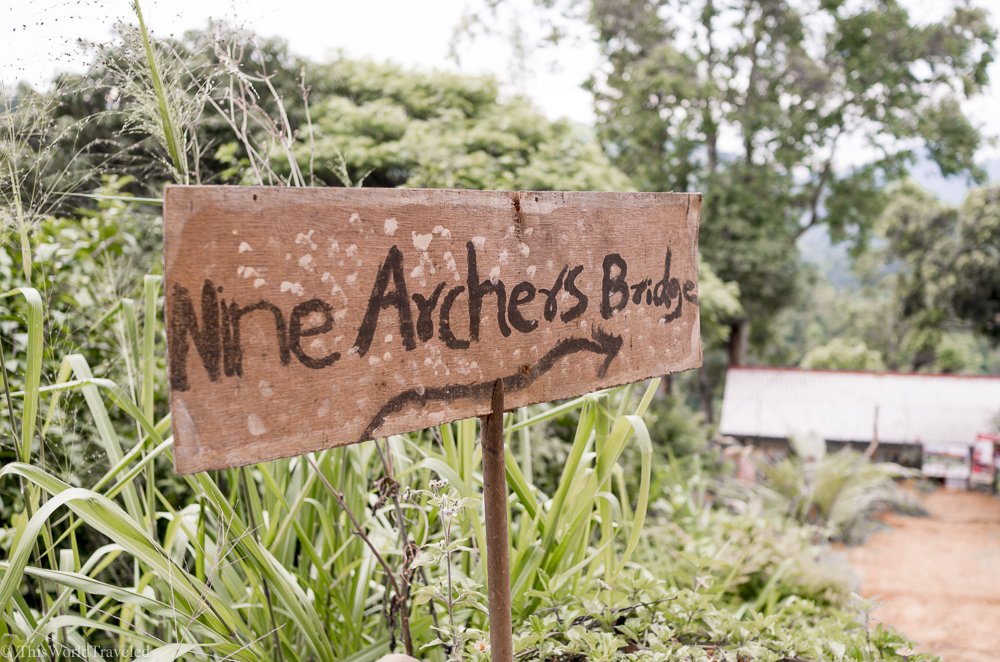 A few times we got lost but there was always someone nearby to point us in the right direction. To reach the bridge we walked along a path through locals homes.  They just smiled and said hello, as I am sure that they are used to visitors passing through. Completing the hike, we were rewarded with a birds eye view of the Nine Arches Bridge just before the sun set. 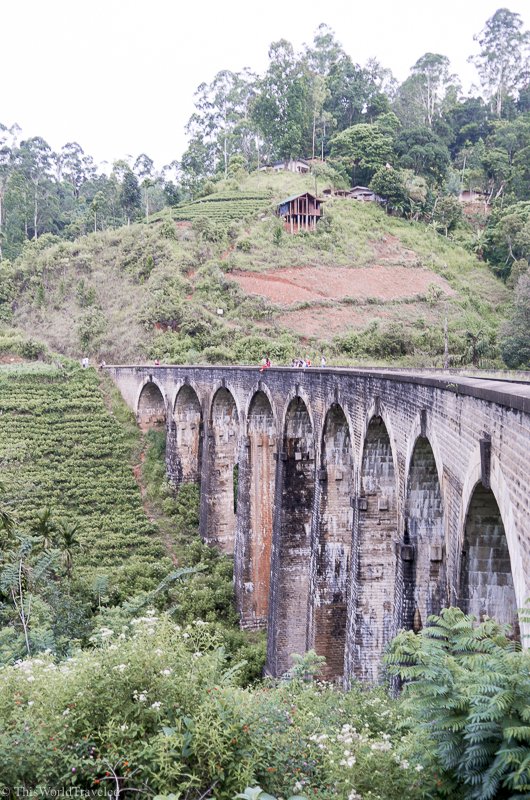 Rising almost 100 ft from the ravine below in the small nearby town of Demodara, the Nine Arches Bridge is an impressive display of railway construction that is still in use today. Since there were no running trains at the moment we alternated between walking along the thick concrete edge and skipping along the tracks. 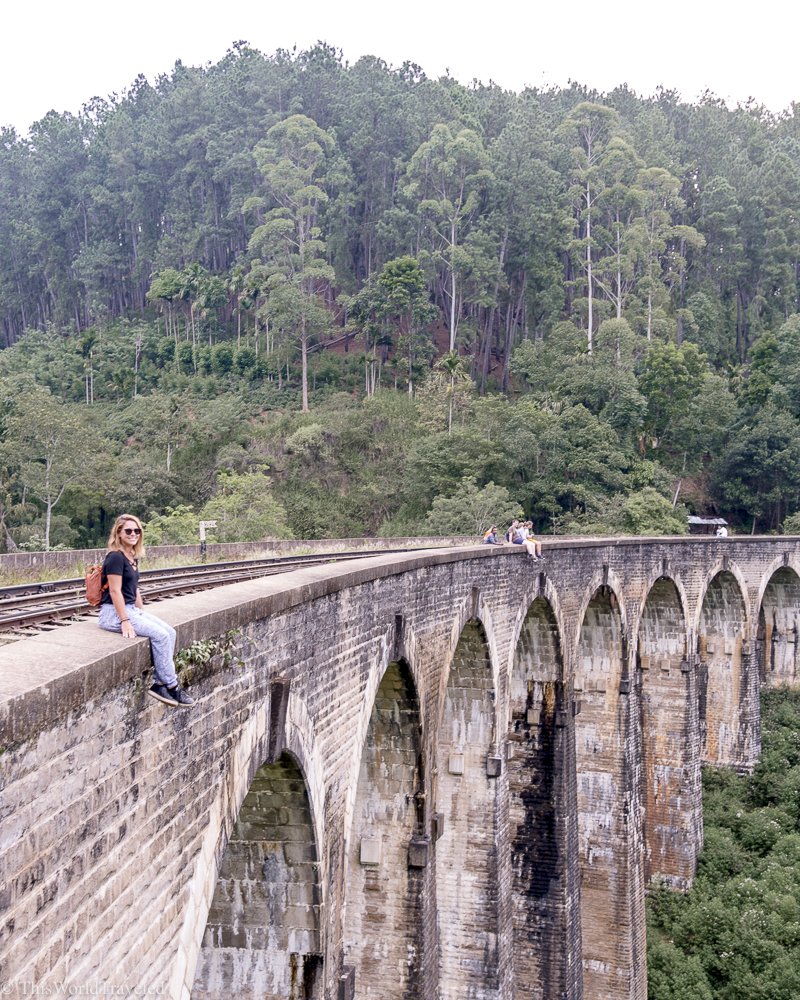 Just after sunset we began to make our way back to town. We were following the same path which we came using the flashlights on our phones to light up the very dark roads. We arrived back into town and ate a delicious dinner at the very popular Chill Cafe.

My favorite part of Ella was the morning we set out in search of the path that we hoped would lead us to the Rawanna Waterfall. It did not, but in the end it didn’t matter because we ventured off-the-beaten path (more like on the train tracks) and found some pretty spectacular views along the way! 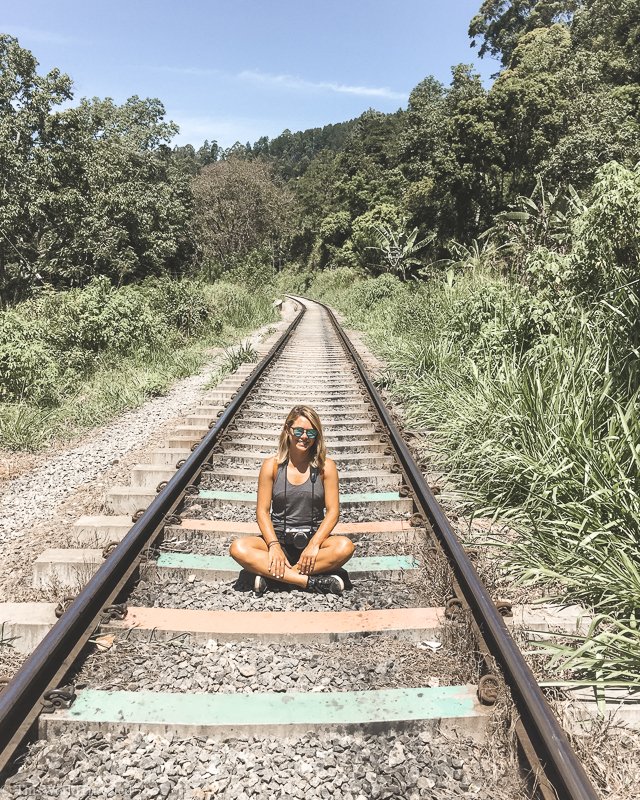 After looking at our map we decided to take the longer route that led us along the railway tracks. The views along the walk were gorgeous. Every once in a while we had to jump to the side as a train would pass by.  Eventually reaching a dirt path turn off, we found a small waterfall where the trees opened up to sweeping views of the surrounding hills. 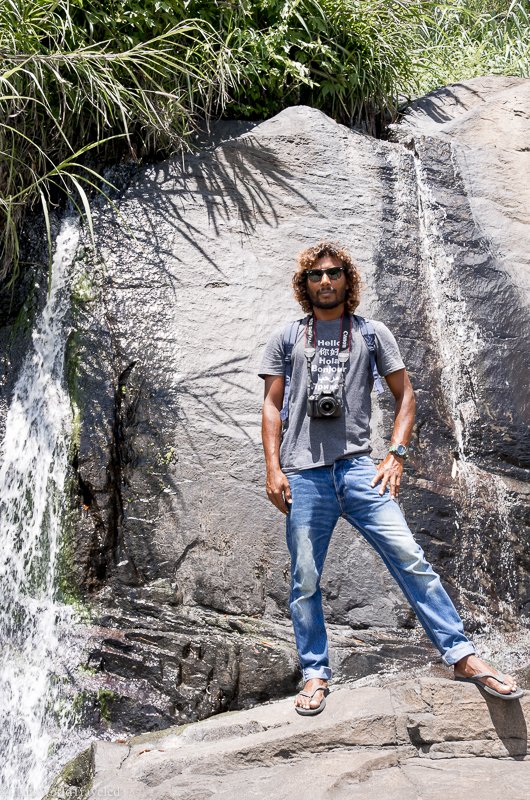 We spent some time here before continuing along the path towards the Rawanna Temple. The hike was uphill & downhill and we climbed alot of rocks but the views along the way were well worth the mildly treacherous path. Reaching the small Rawanna temple, we removed our shoes out of respect. Spending a short time wandering around before taking an inexpensive tuk tuk back into town. 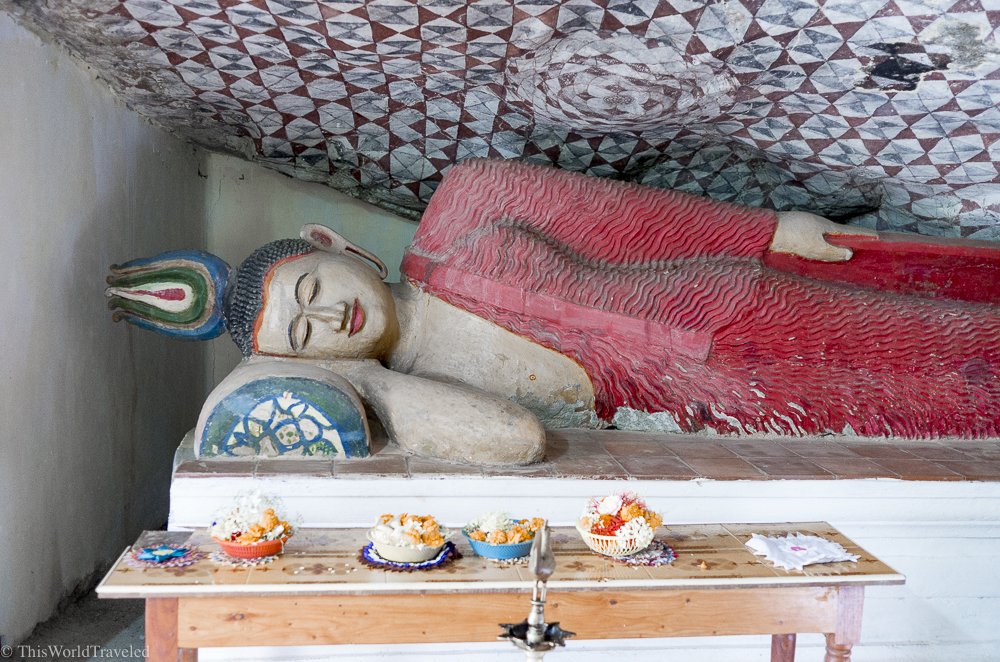 Later in the day we explored a bit more of Ella’s main street. Finding a shortcut through some homes and stumbled upon another spectacular lookout point. 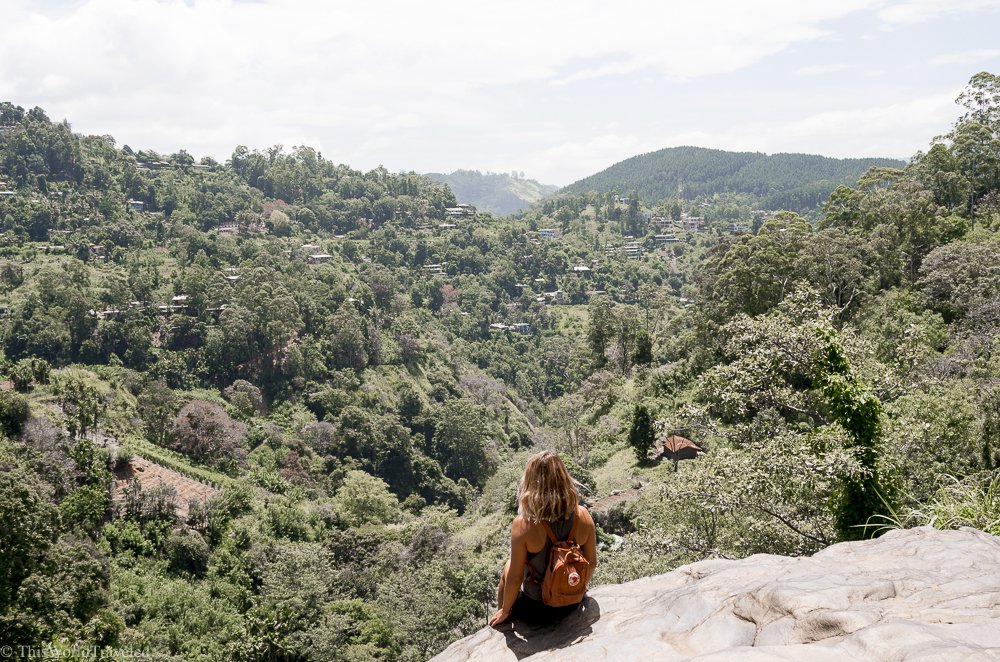 How to Get There

There are a few trains a day that depart from Nuwara Eliya. Its best to pre-purchase your tickets in advance. Our train to Ella departed at 12:30 in the afternoon. We arrived at the train station, got our tickets checked and waited for the train to arrive. For this journey we booked the reserved seats in 3rd class since 2nd wasn’t available. We read that 1st class had air conditioning which meant you couldn’t open the doors. And whats 1st class without the 1st class views? Once the train arrived we boarded and put our luggage in the overhead storage shelves. The 3rd class seating was fine, maybe not as comfortable as the 2nd class, but we had assigned seats and were right next to a door which made photo taking pretty easy. The train ride took about 3.5 hours 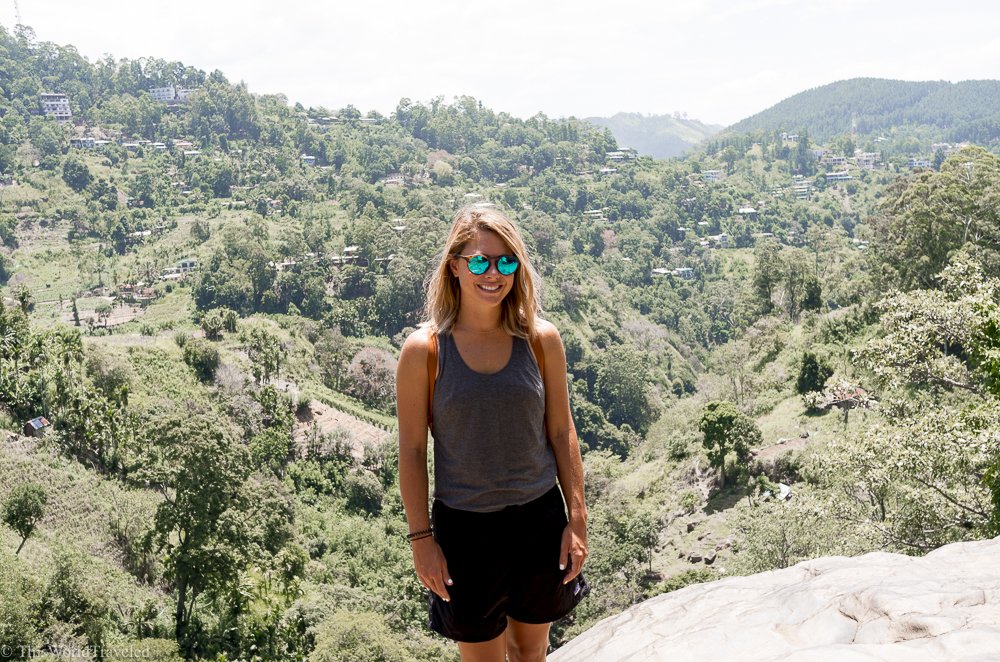 Our Guesthouse was just a short, 5 minute uphill walk from the train station. The Ella White Elephant Guesthouse was a newer accommodation and the rooms were spacious and clean. The owner was very friendly and made the best breakfast I had during my stay in Sri Lanka. There is no air conditioning in the rooms. Luckily, with the combination of the cooler temperatures at night and a standing fan I didn’t even miss the A/C. 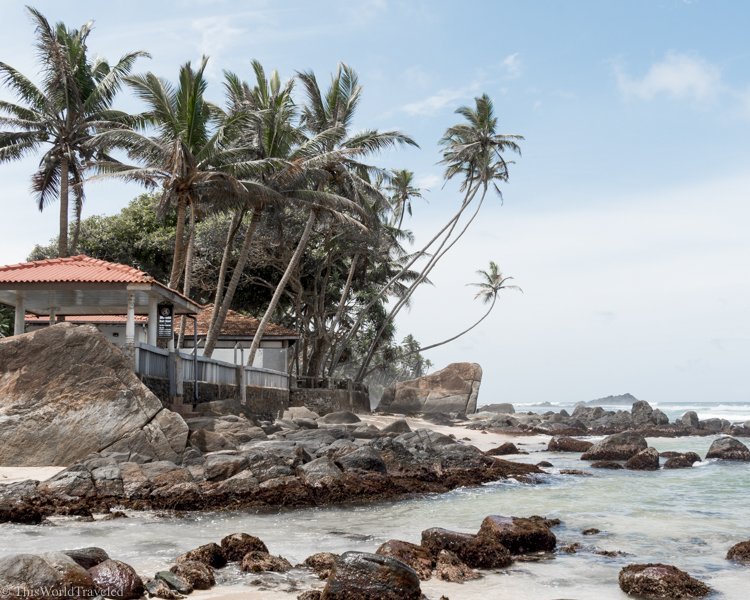 The Ultimate 17 Day Guide to Adventuring Around Sri Lanka 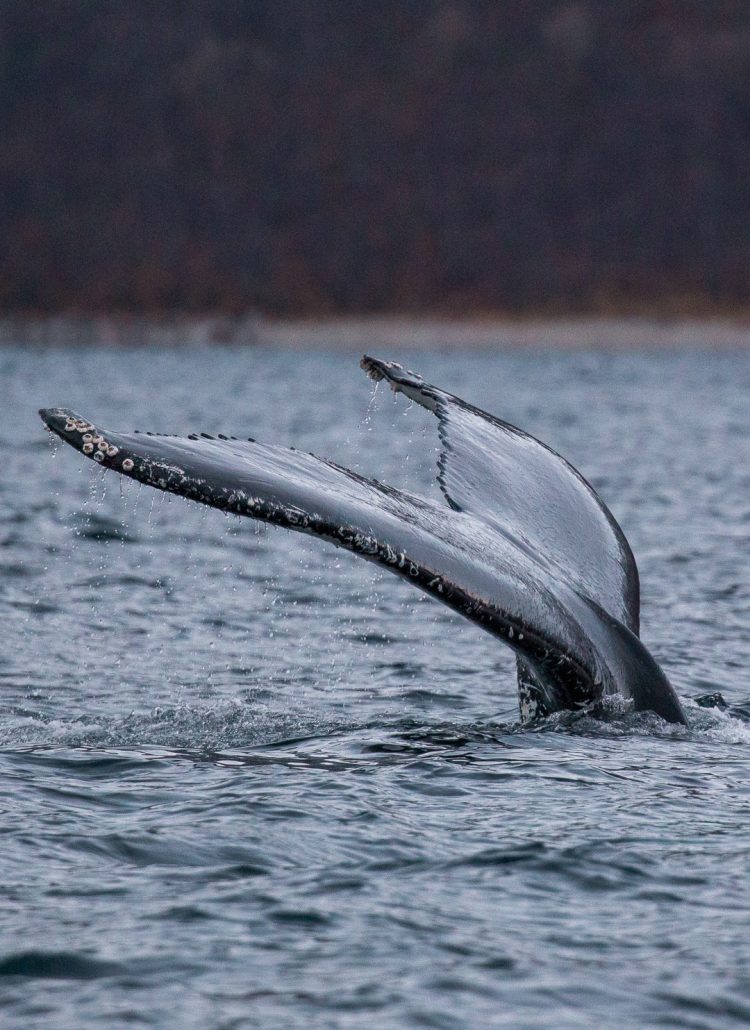 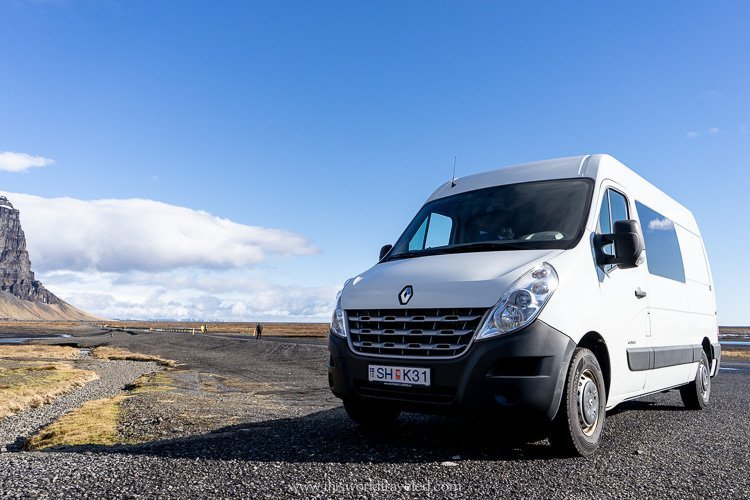 Campervan Iceland Road Trip: Everything You Need to Know about Renting an Iceland Camper Van 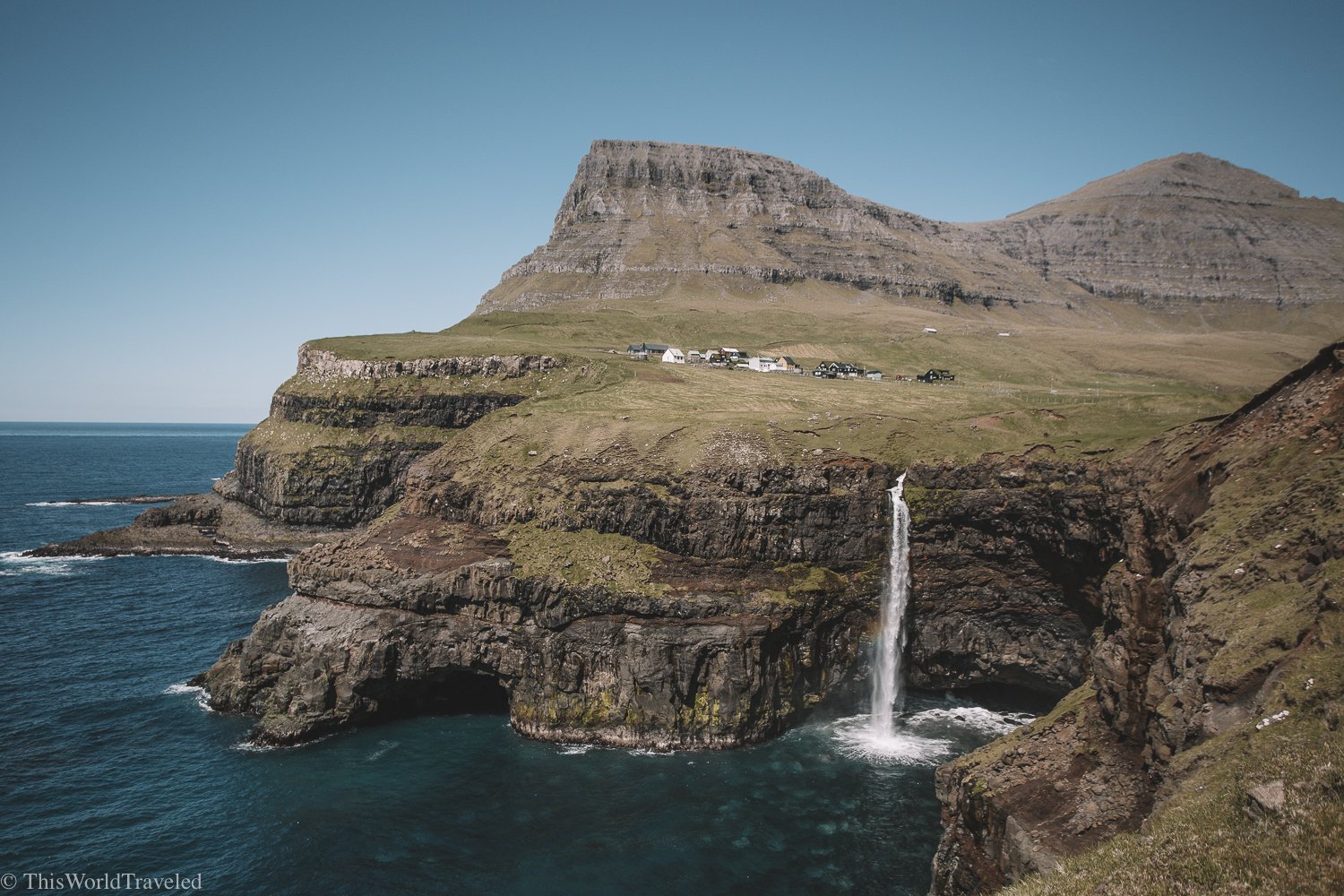 The Faroe Islands: An Outdoor Lovers Guide to Exploring Vágar and Streymoy

Located on the Cayuga Lake in the Finger Lakes of

10 Best Arches to Visit in Arches National Park, U

Dreaming of being back in Indonesia 🇮🇩 Fro

11 PHOTOGRAPHY TIPS FOR FLYING A DRONE ✨ These

Uluwatu, located in Southern Bali is a popular sur

Feeling like I could use a tropical island getaway

One of my favorite places to watch the sunset in N

Located on the Cayuga Lake in the Finger Lakes of

10 Best Arches to Visit in Arches National Park, U

Dreaming of being back in Indonesia 🇮🇩 Fro

11 PHOTOGRAPHY TIPS FOR FLYING A DRONE ✨ These

Uluwatu, located in Southern Bali is a popular sur