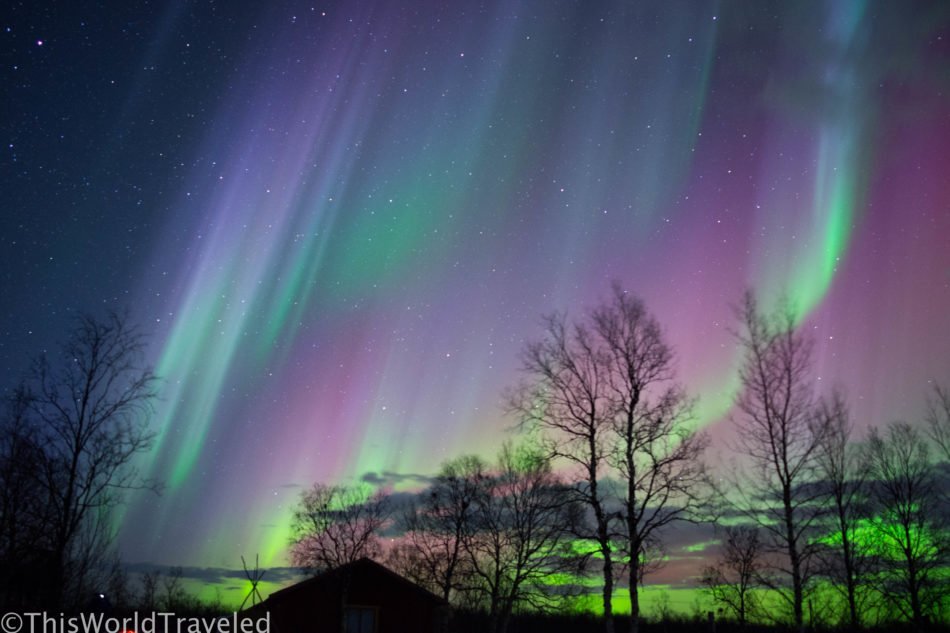 Easily reachable, with an international airport, Tromsø makes a great base to chase the elusive aurora borealis. Use this guide to help you plan your entire trip around seeing this natural beauty and go home with the best photographs of your life!

Disclaimer: I am a participant in the Amazon Services LLC Associates Program. This is an affiliate advertising program designed to provide a means for me to earn fees by linking to Amazon.com and affiliated sites, at no extra cost to you! 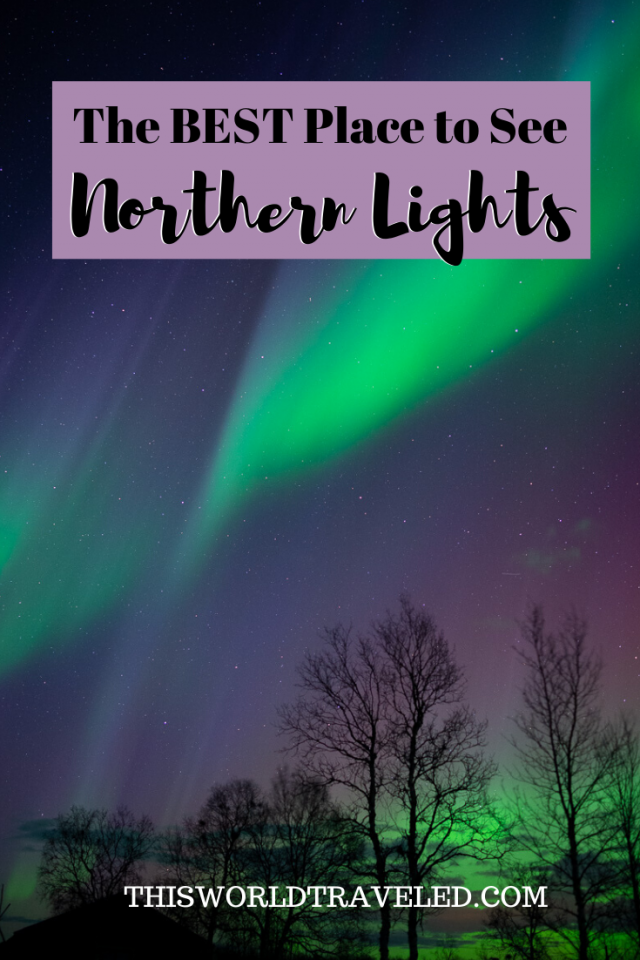 What is the Aurora Borealis or Northern Lights?

Naturally occurring in the northern latitudes, the northern (and southern) lights are the result of charged particles streaming from the sun being drug by the Earth’s magnetic field to the north and south poles where they bombard and react with the atmosphere. The result is a beautiful, constantly moving and changing light show. 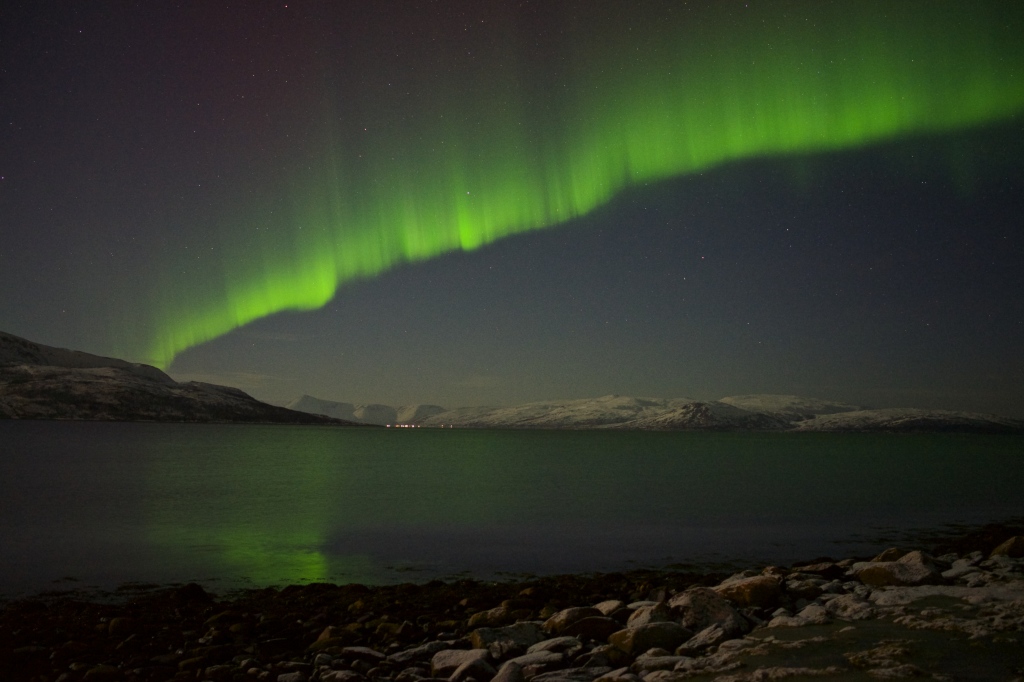 The aurora display takes on many different forms, sometimes its just a flicker of light whereas other times it lights up the entire sky with its colored hues. 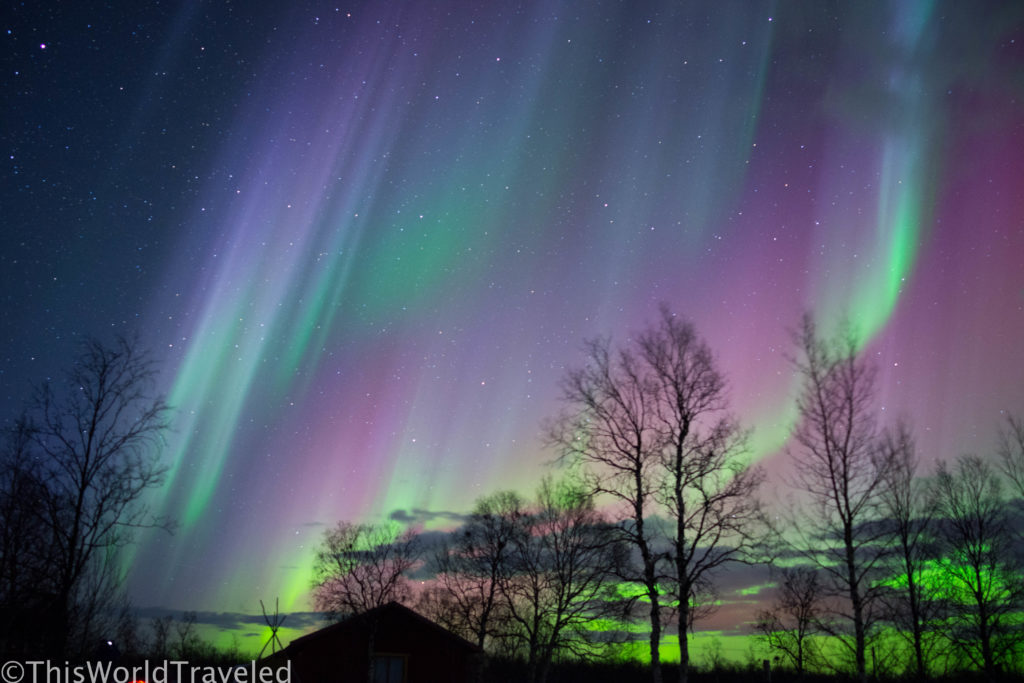 Often times, the aurora is so faint to the naked eye that only the long shutter exposure on a camera can detect their presence. Sometimes, if your lucky, the light show is brilliant and bright enough to be seen with the naked eye.

Where Can You See the Northern Lights?

The best places to see the Northern Lights is anywhere north of the arctic circle! Another important factor to remember is weather so you’ll want to chose a destination that has relatively stable weather. You can see the lights in any of the following countries during the right time of year: Norway, Iceland, Sweden, Finland, Canada, Greenland, Russia and even Alaska in the USA.

The best place to see the northern lights in Norway is just outside of Tromsø and the surrounding areas.

» Must Read: 8 BEST Things to Do and See in Tromsø, Norway 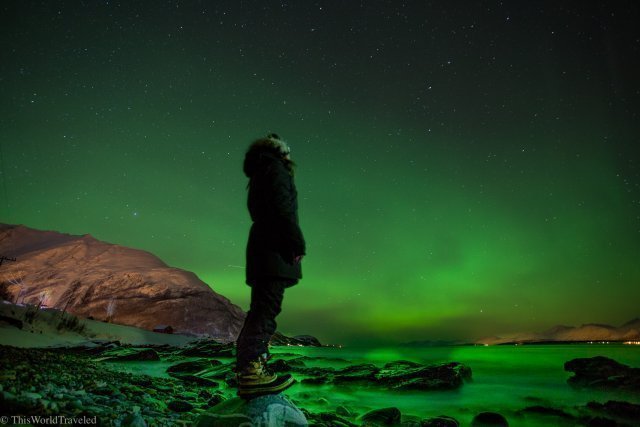 The Best Time to See the Northern Lights in Norway

The best time to see the northern lights in Northern Norway is from early September to mid-April.  The most important factor in seeing the lights is good weather and complete darkness. If you want to achieve the reflection shots on the water before it ices over you’ll want to go in September or October. Keep in mind that the clearers the skies, the better the chances are of seeing the lights.

There is no guarantee that you will see the aurora borealis so please be patient with your guide as they have zero control over the weather.

How to Chase the Northern Lights

In order to maximise your chances of witnessing the mysterious lights, you should arrange a tour. The tour companies and guides are experts at locating and photographing the lights and will work hard to guarantee a sighting.

During each of my visits to Tromsø I would organize a tour with Markus and his company Greenlander which is based out of Tromsø. I can highly recommend him as I have gone to Tromsø on five separate trips, have always booked with him and have always seen the lights!

He will pick you up at 6:30pm directly in front of your hotel. Hailing from Estonia, Markus has an up-beat personality, a positive attitude and a huge knowledge of photography and the northern lights. 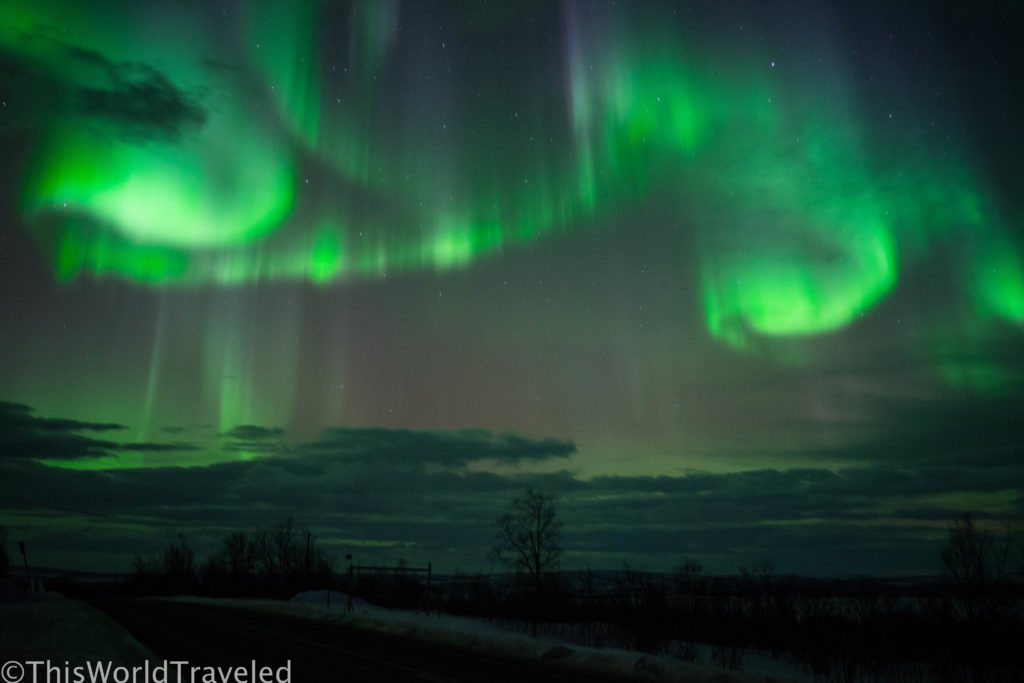 Markus would no doubt entertain you with personal stories or provide educational facts about the northern lights during your drives into the darker parts of Norway. Unlike many of the other companies, Greenlander takes out smaller groups of 6, in their super awesome Land Rover Defender, which ultimately provides a more intimate excursion and more individualised photography tips.

What to Expect on a Northern Lights Tour

This is a basic breakdown of the type of trip that I did while chasing the lights in Tromsø! Of course your exact itinerary will be slightly different based on the weather conditions and cloud coverage. However, it will be relatively similar! 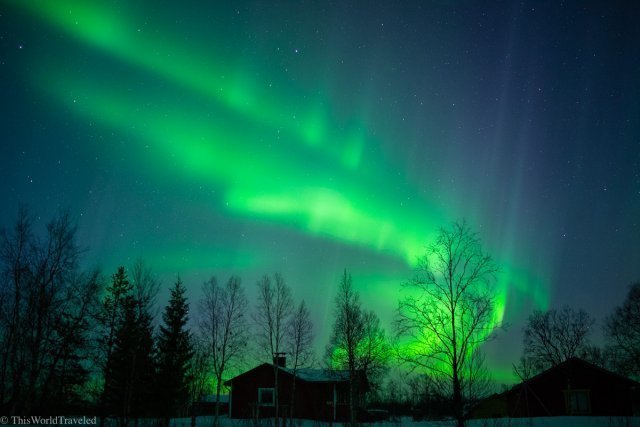 Tip: Sometimes they may need to drive towards the border of Norway and head into Finland to escape the bad weather. Therefore, it is sometimes advised to bring your passport along with you just in case!

The first night we headed out of the bright lights of the city of Tromsø towards the clear skies and mountainous landscape of Sommarøy. As we headed to our final destination, we made a quick stop where we all piled out of the van hopeful to spot the first sign of the Aurora. In the partly cloudy night sky a sliver of silver flitted behind the clouds. 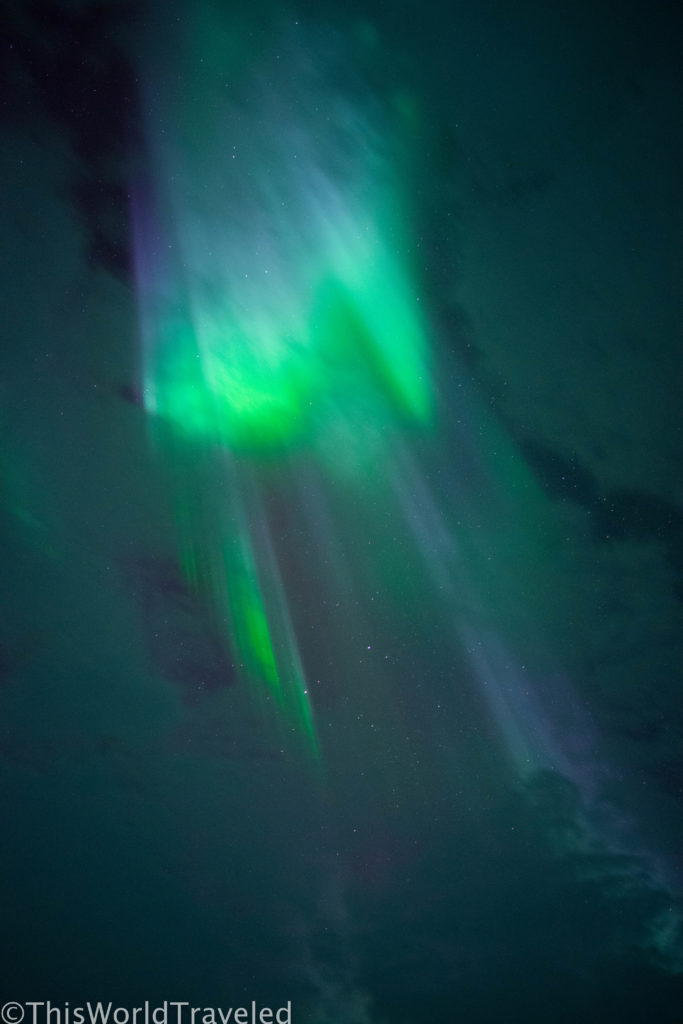 I quickly set up my tripod and camera, I set the shutter speed to 30 seconds, clicked my remote and waited. After a long 30 seconds my photo appeared and with it, a streak of green light! 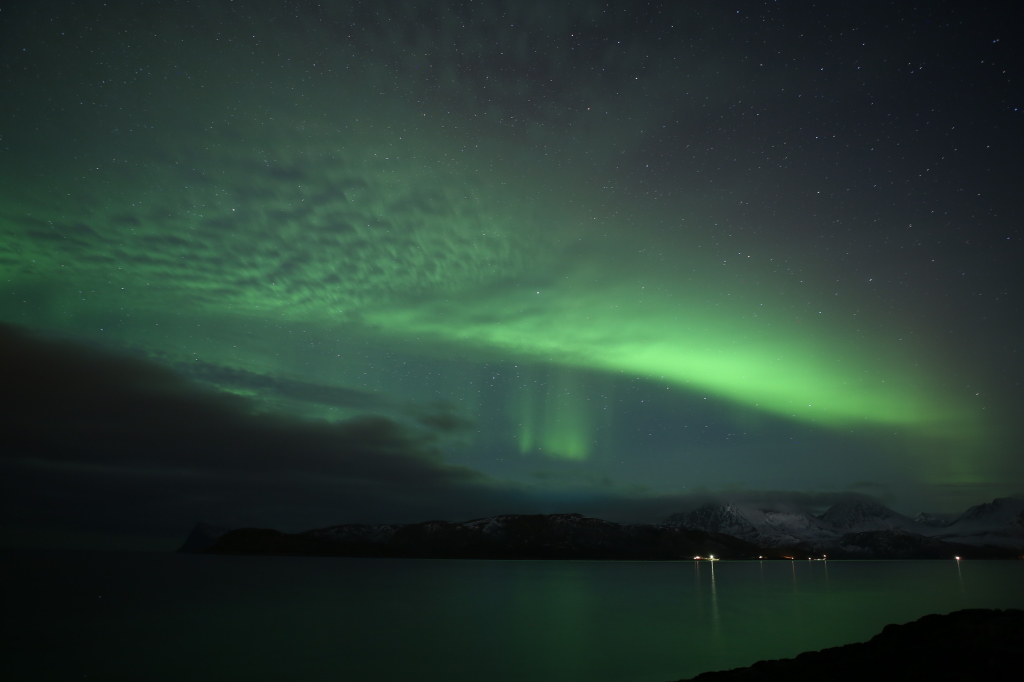 After we finally made it to Sommarøy we set up our tripods again and waited. Markus laid out cozy blankets on the frozen ground for us to stand or lay on to keep warm. He also provides vegan hot chocolate and warm tea which we drank out of wooden cups. Markus always provides a delicious vegan meal, usually consisting of homemade vegetable soup and other healthy snacks. 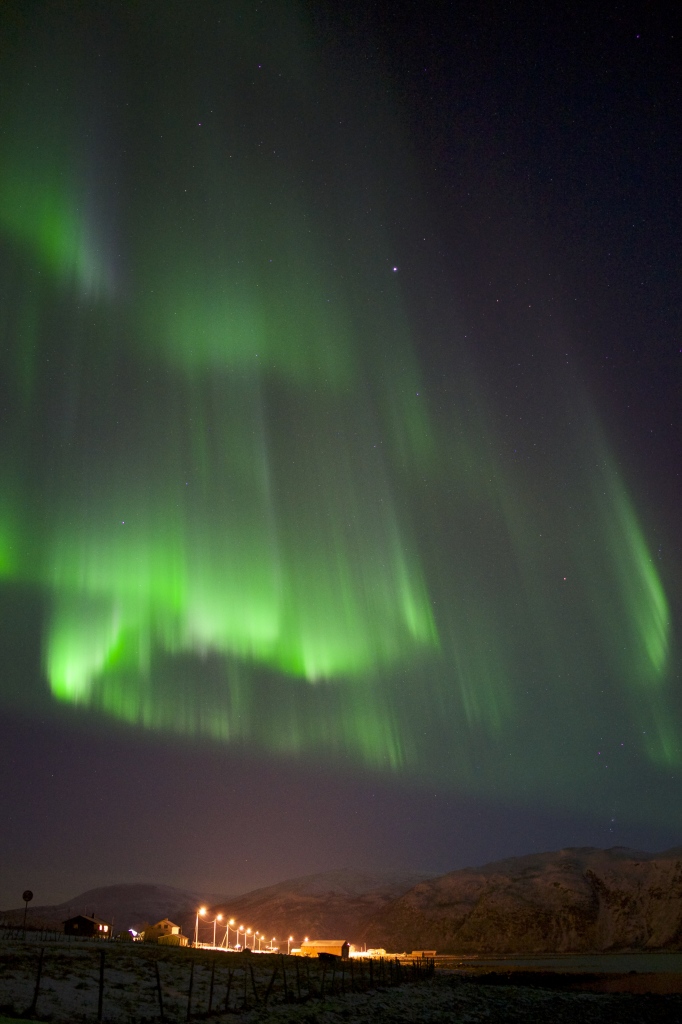 The second night we went to Tromvik where we witnessed a few glimpses of the elusive lights but ended up getting stuck in a minor snow storm.

The last night we made it out to Hansnes where the solar weather reached a maximum and we were able to witness the most incredible display of lights that lasted for hours with varying degrees of intensity. 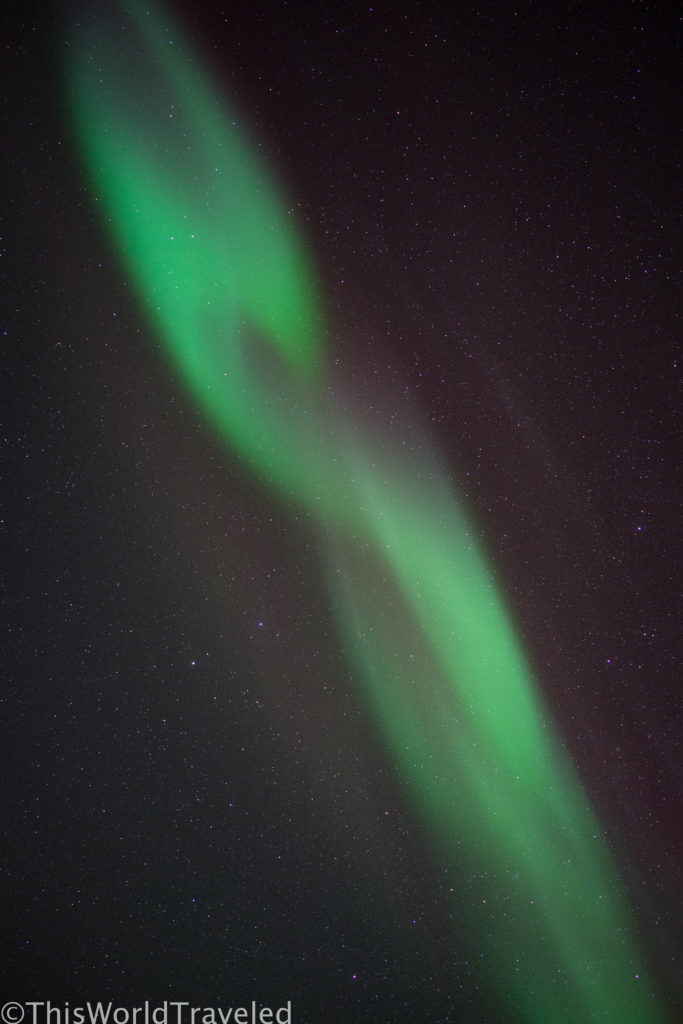 It was right before we were leaving that the aurora burst into a kaleidoscope of colour twisting and flowing all over the entire sky.  I was so excited.  It was an exhilarating way to end my first trip to Tromsø and was the main reason I kept coming back year after year!

What to Pack for Chasing the Northern Lights

As you will be heading outside for hours in the frigid cold witnessing one of earth’s natural phenomenons you’ll definitely want to dress warm. Here is a list of things that you should absolutely bring with you for your trip to Northern Norway in the winter. Keep in mind that they do have very large one-piece suits that they provide as well as thick Sorel boots. However,  you’ll still need to wear a decent amount of layers underneath that suit.

» Must Read: How to Photograph the Northern Lights 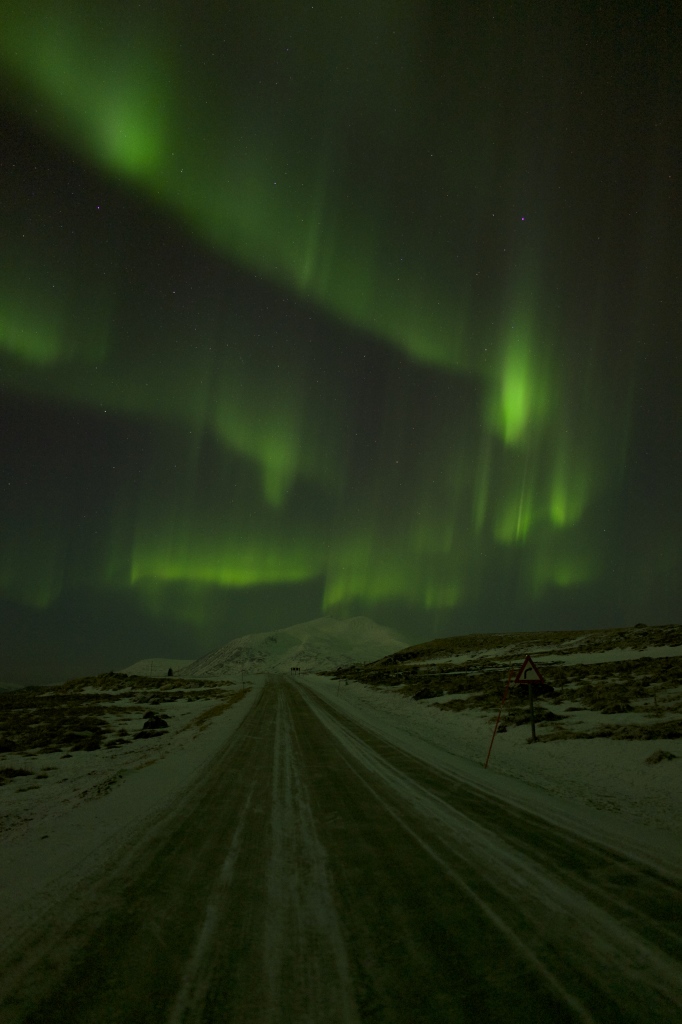 Other Important Things to Know

» Must Read: 7 BEST Things to Do in Northern Norway During Winter 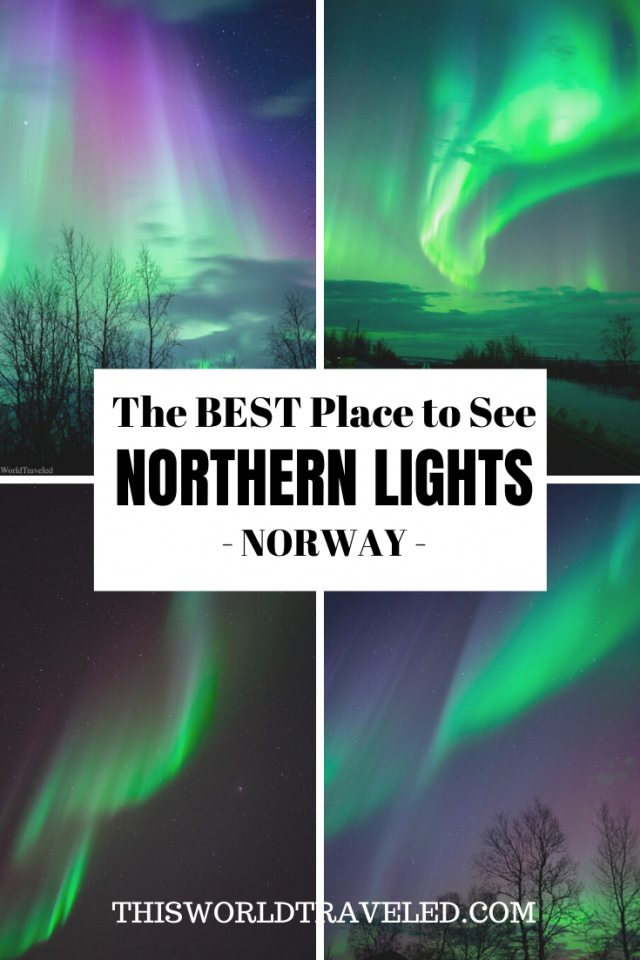 Signup to receive all the latest travel tips, guides and posts from This World Traveled! 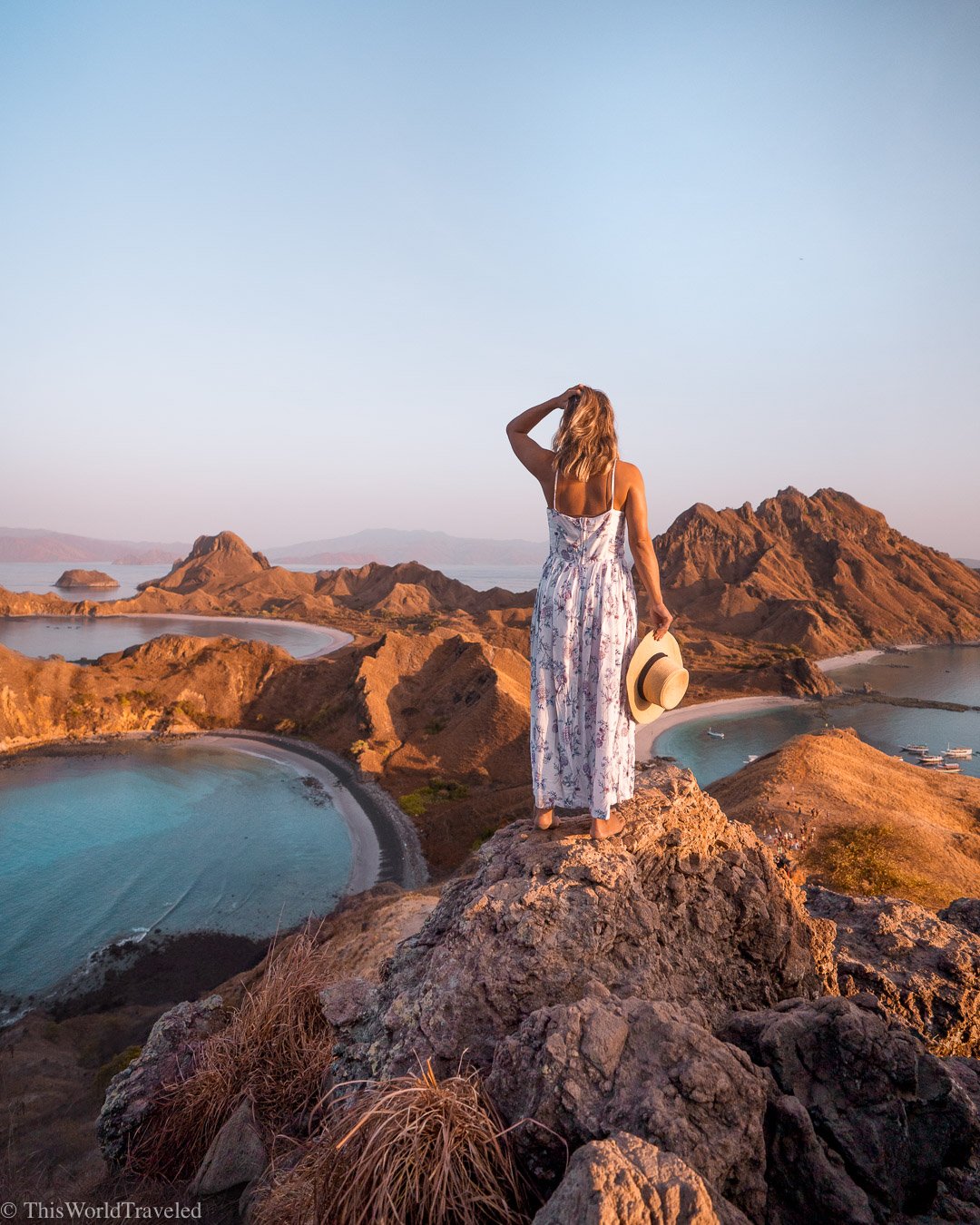 About This World Traveled

Hello and welcome to This World Traveled!

I'm Marisa, an avid traveler and ocean lover who loves to explore destinations around the world!

While originally from Florida, I only recently discovered my love for travel during the 6 years I was living in Italy. So far, I've traveled to over 60 countries across 4 continents and I am always seeking out new adventures and locations to visit!

I hope that through my blog I inspire you to get out and explore our beautiful world too!