We began our travels to Northern Ireland by flying into Dublin, renting a car and driving the few hours north. Arriving late at night, we checked into the cozy Maghernahar House.  Morning quickly came and we woke to a delicious breakfast. Our friendly hosts offered suggestions for stops along Northern Ireland’s Coastal Causeway Route.

Follow this driving tour to see all of Northern Irelands best sights!

Located along Bregagh Road near Armoy in County Antrim, the parallel rows of beech trees were originally planted in the eighteenth century by the Stuart family. The inviting and impressive path was designed for visitors arriving at their estate, the Gracehill Manor. 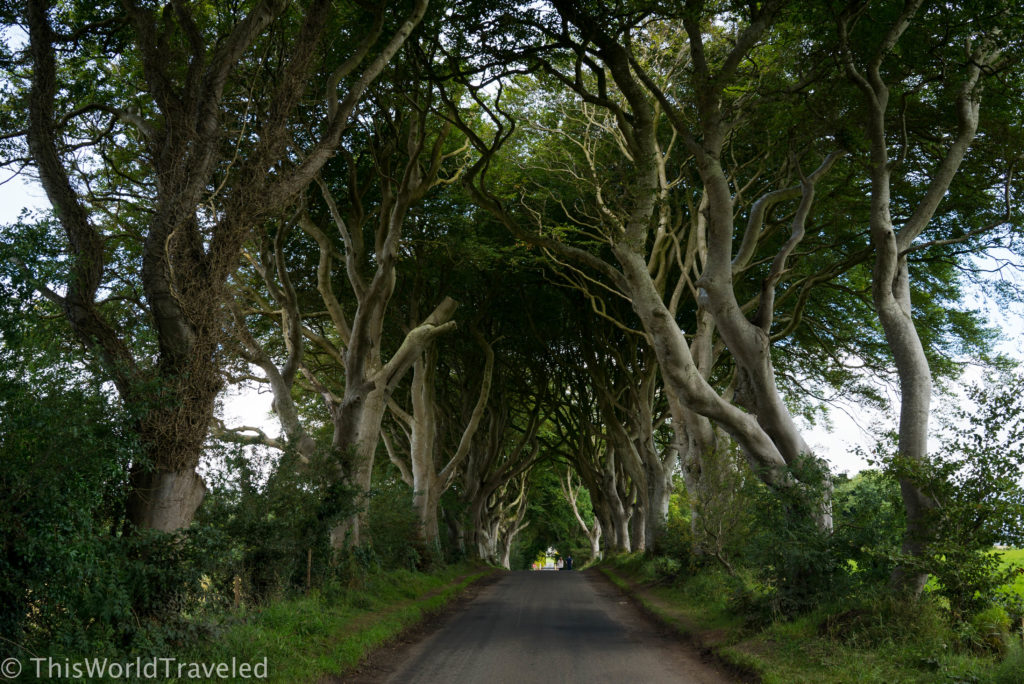 Two centuries later the trees remain as they were and are now one of the most popular scenic spots to visit in Northern Ireland. Creating a tunnel for those who drive or walk underneath, this avenue of intertwining beech trees is an eerie and beautiful sight. There is limited parking on the small, quiet road so arriving early is recommended.

Continuing past the Dark Hedges, we drove on towards the small village of Bushmills in County Antrim where the Old Bushmill’s Whiskey Distillery is located. Unfortunately, the distillery was not yet open for the day but we could still smell the distinct aroma of whiskey in the air. 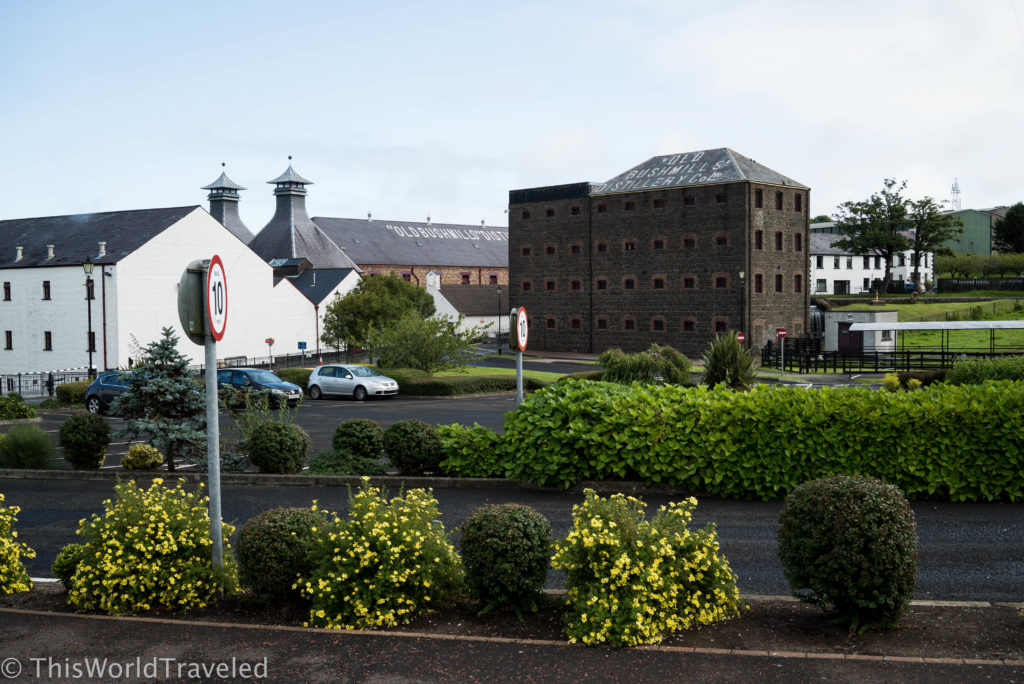 To guarantee your tour of the oldest working distillery in Ireland make sure you arrive during their opening hours and early as it is first come, first serve.

Our next stop was Dunluce castle. Perched atop a steep cliff overlooking the sea, these thirteenth century castle ruins create a spectacular backdrop. 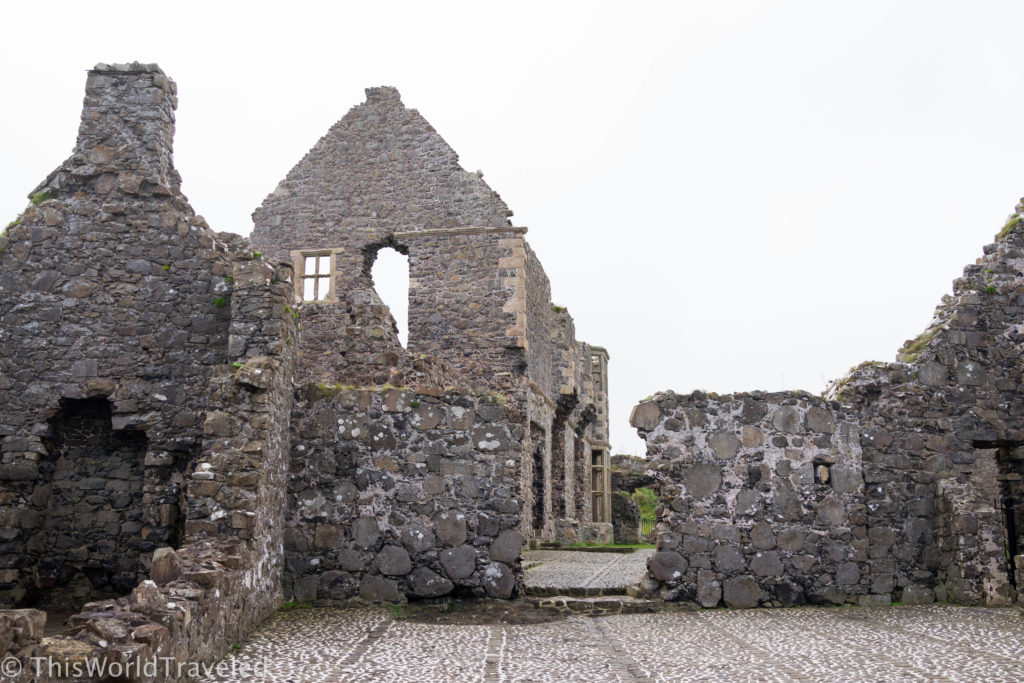 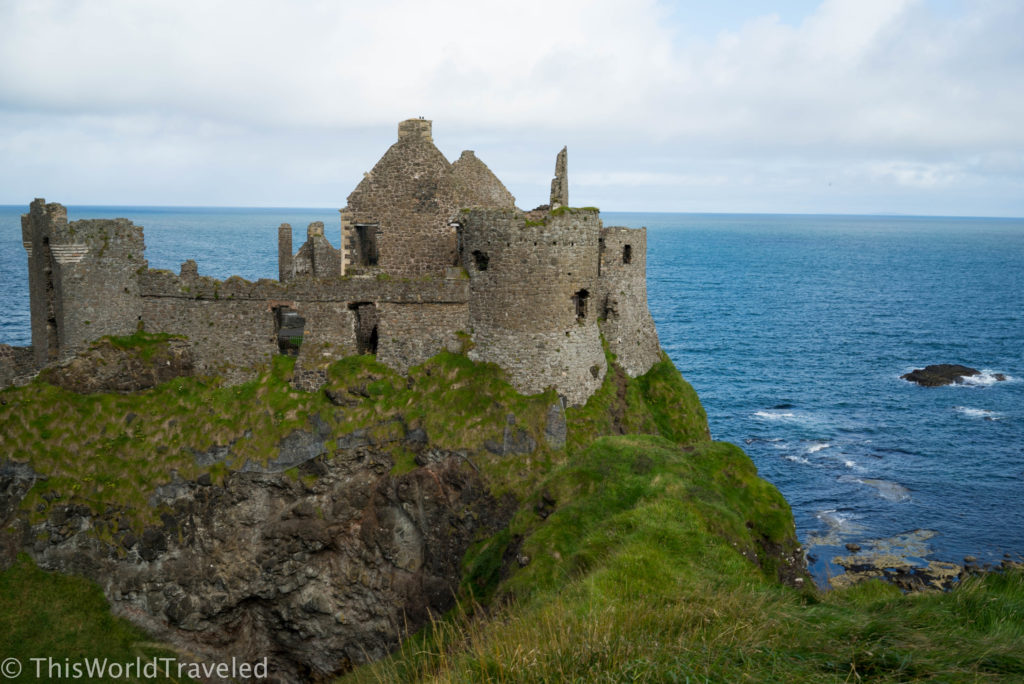 We paid the £2 entrance fee and entered through the small gate to explore the remains of the medieval Dunluce castle.  The melodic sounds of the crashing waves below created a soothing atmosphere as we wandered around the grounds.

It’s easy to imagine how exquisite the castle must have been before the walls became just a shell of crumbling stones. Surrounding the castle are other paths that travel down the cliff side creating more spectacular views of the area. 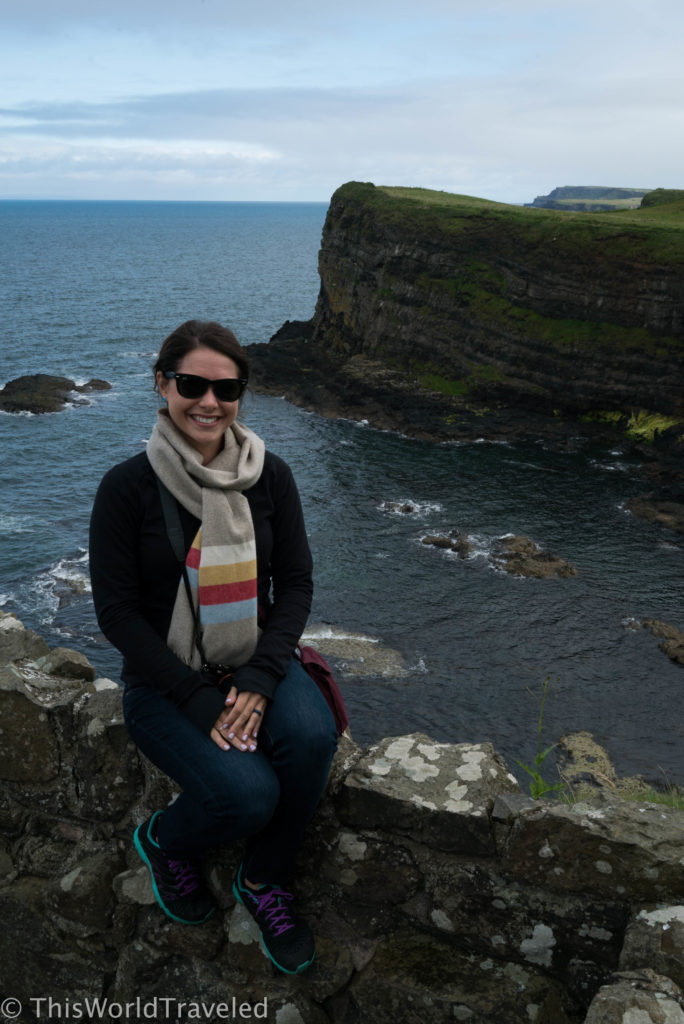 After spending some time wandering around Dunluce Castle we drove onwards to Giant’s Causeway.

Once we arrived, we parked in the large lot located a short walking distance to the main entrance. We entered the large visitor’s center and souvenir shop to pay our £9. This included the entrance fee, audio headset, guided walking tour (if you want), and parking. The online ticket price is discounted. We exited the visitor’s center and began walking in the direction of Giant’s Causeway. 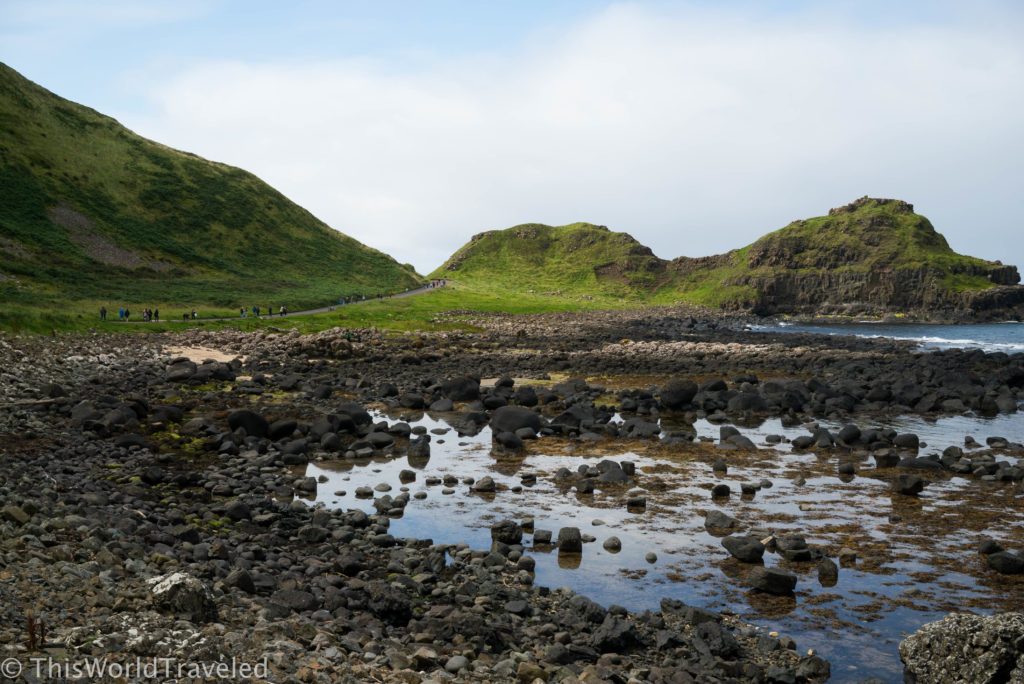 The walk was easy, but lengthy. Due to the location along the coast it can be quite windy and cold so make sure to dress appropriately. The paved sidewalk wraps around the gorgeous coastline eventually leading you to the plains of basalt columns that stack into mounds above the sea. 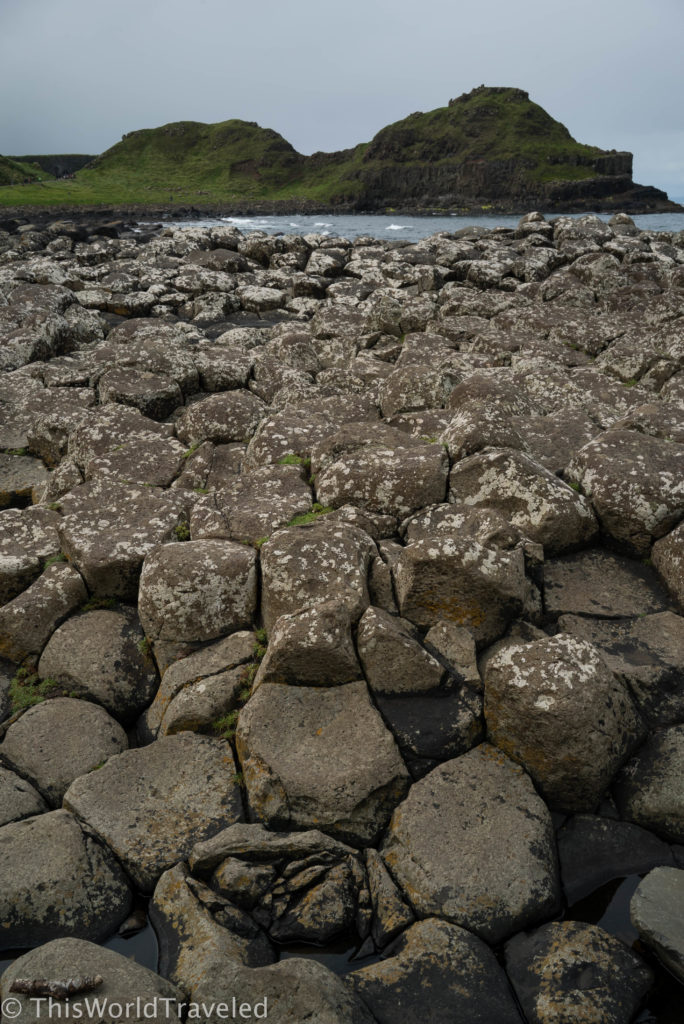 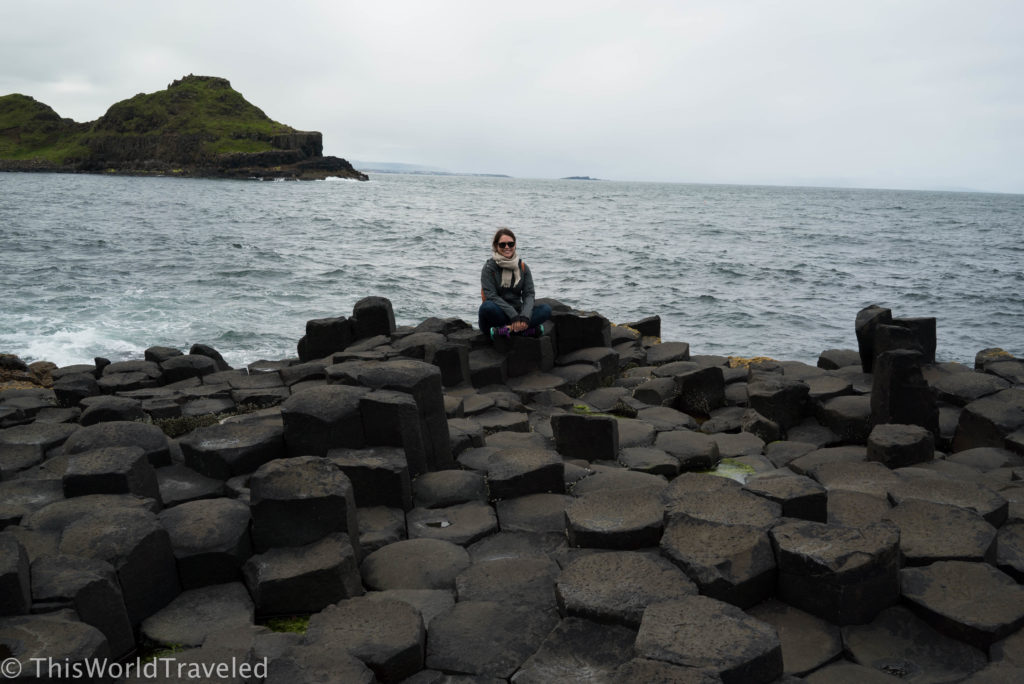 There are over 40,000 interconnecting basalt columns that were formed by volcanic activity. The causeway is very crowded but, fortunately, we were able to capture a few photographs at creative angles without a bunch of other visitors in them. 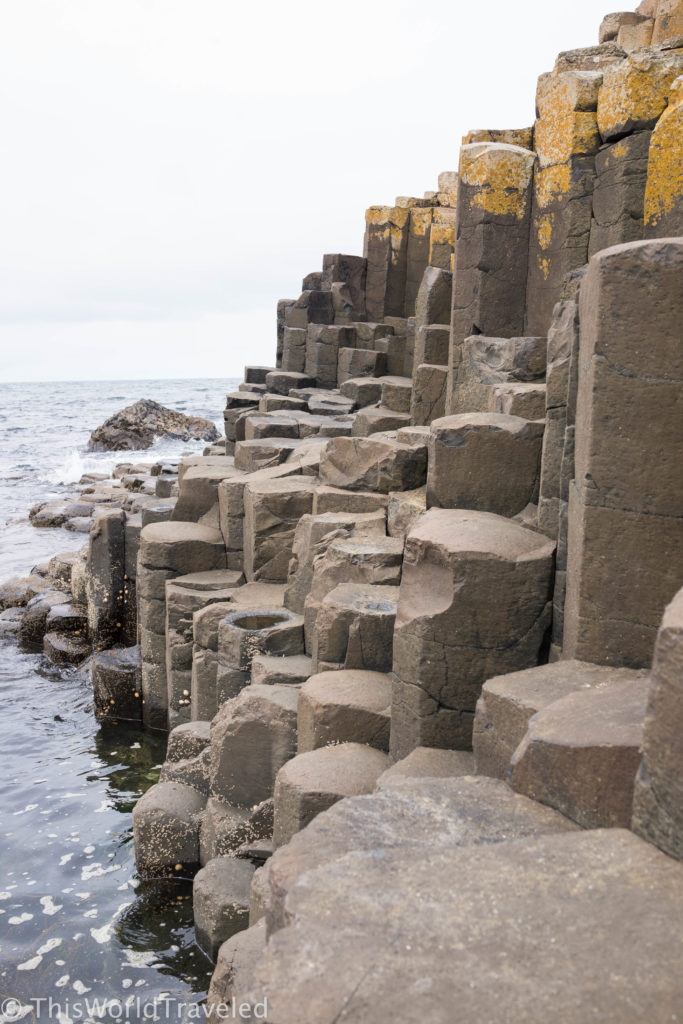 The causeway is quite expansive, as it covers a large surface area, with varying heights of basalt columns. From afar the causeway isn’t all that impressive. However, once you approach the basalt columns and are able to walk amongst the mostly hexagonal stones it becomes quite magical. 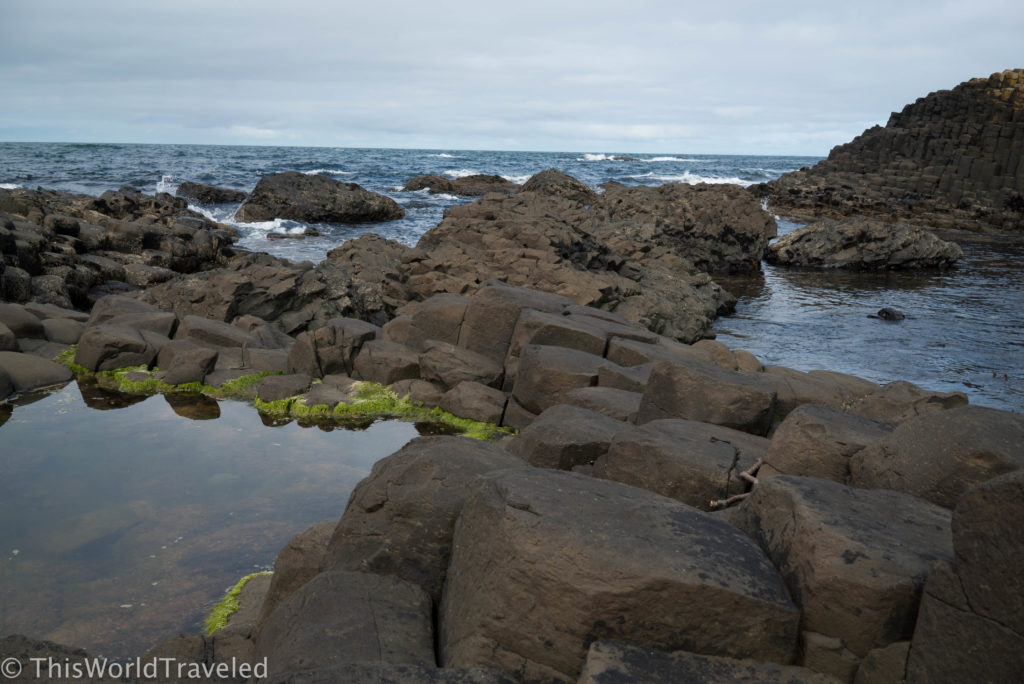 We only walked along the causeway but there are more hikes that you can do if you continue past the causeway and head up the side of the hill.

Leaving Giant’s Causeway, our next stop along the Coastal Causeway route was the White Park Bay Beach. We only knew about this beautiful beach thanks to the recommendation from our lovely B&B hosts. Along the main coastal route, near Ballycastle in County Antrim, are easy to follow signs leading you to a small parking lot near the main road. 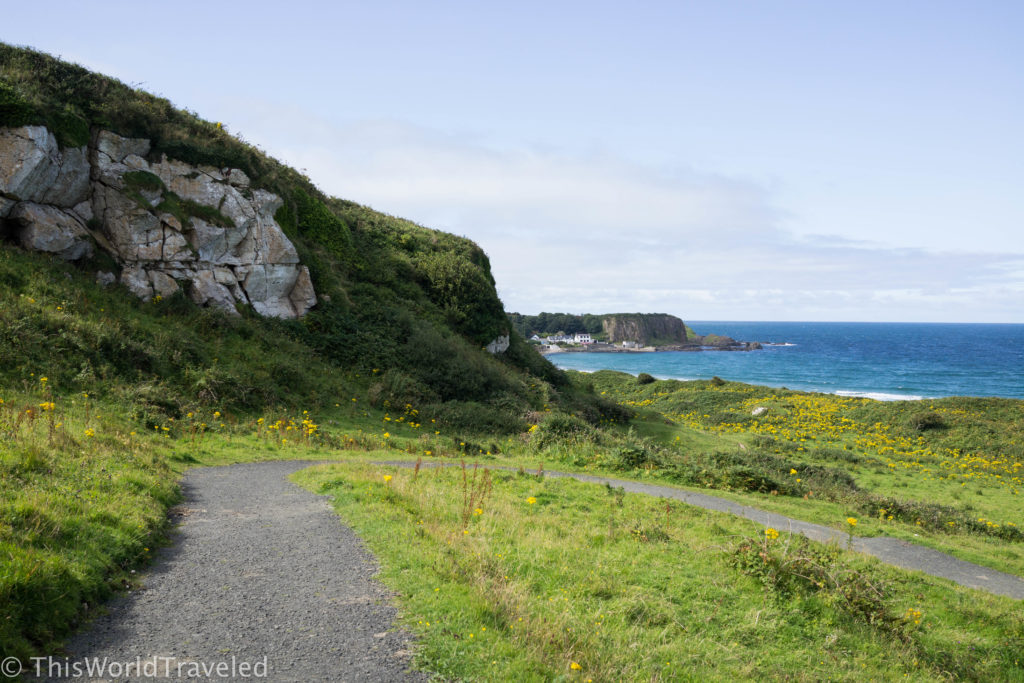 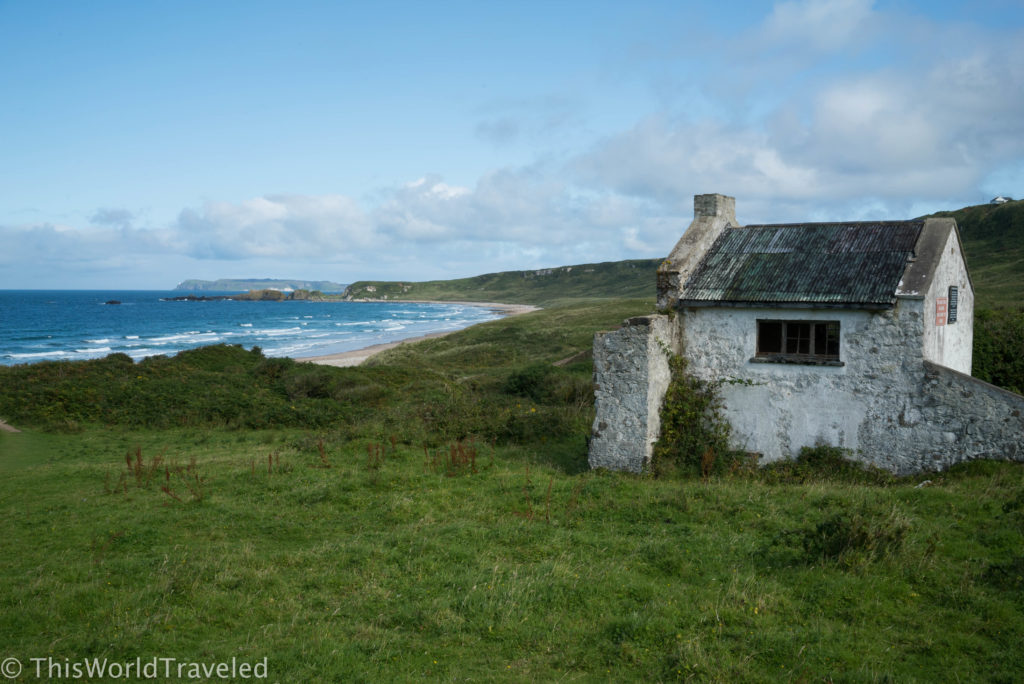 From there you enter through a few small cattle gates–make sure you shut them behind you–and head down through the sand to the beach. The beach was gorgeous–three miles of deep blue water crashing onto golden, soft sand. We wandered along the shore for a bit and even saw four cows parading down the beach! 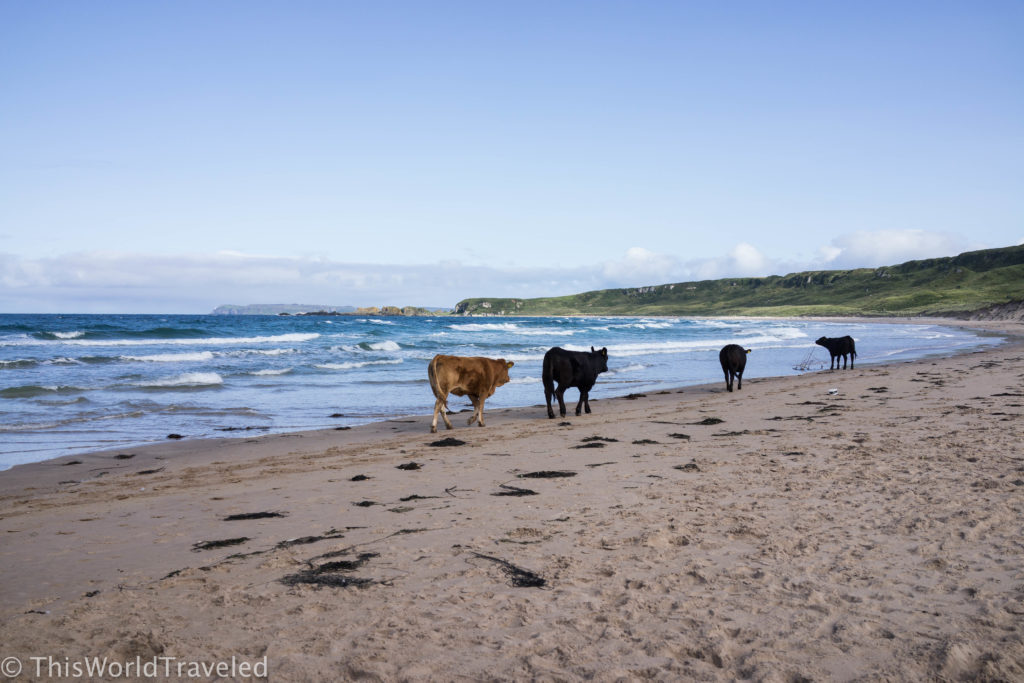 Continuing along the Coastal Causeway Route we headed to our lunch spot in Ballintoy Harbour.

The drive down the narrow, winding road leading to the harbour is beautiful. As you round each corner new views of the tiny fishing village by the sea emerge.

Any Game of Thrones fans out there? The harbour is used as a filming location for HBO’s super popular show. While it would have been fun to see them shooting scenes, we were happy they weren’t. Otherwise we wouldn’t have been able to drive down into the harbour. 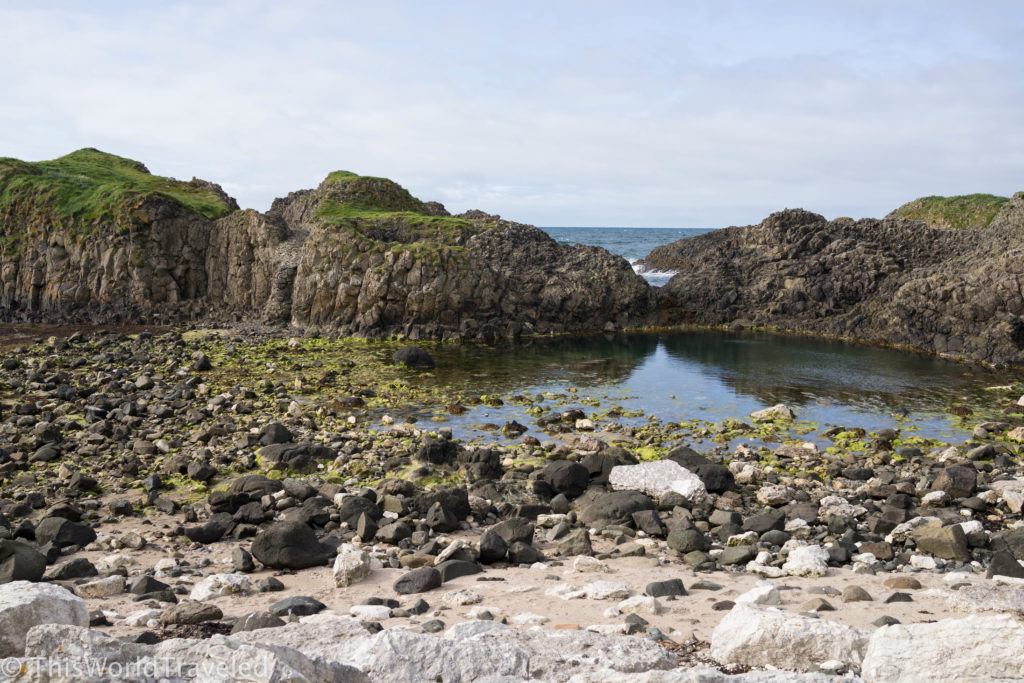 There is a small, free parking lot at the bottom as well as a small cafe called Ballintoy Harbour Cafe (Rourke’s Kitchen) where we decided to have lunch. Lunch was delicious, we enjoyed a homemade raspberry scone with clotted cream & jam. An open-faced chicken sandwich with a side salad. And of course a slice of homemade egg sponge cake filled with raspberry jam and cream. We arrived hungry and left very full & satisfied! 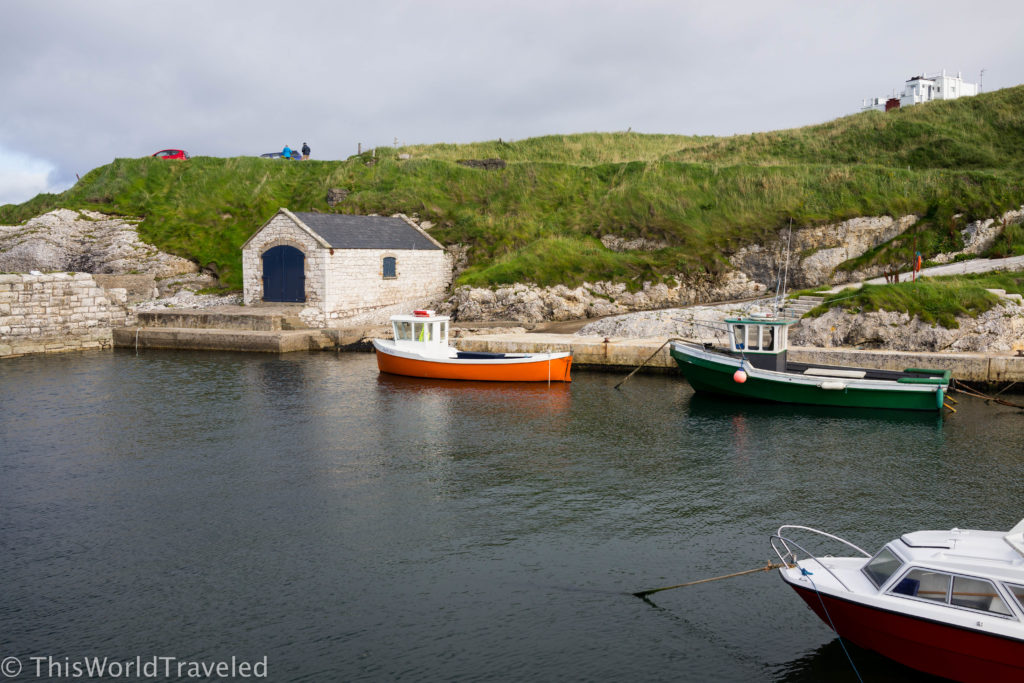 We spent some time wandering around the quaint village and harbour watching the few small boats bobbing in the water and a family dressed in wetsuits taking a dip in the frigid waters. 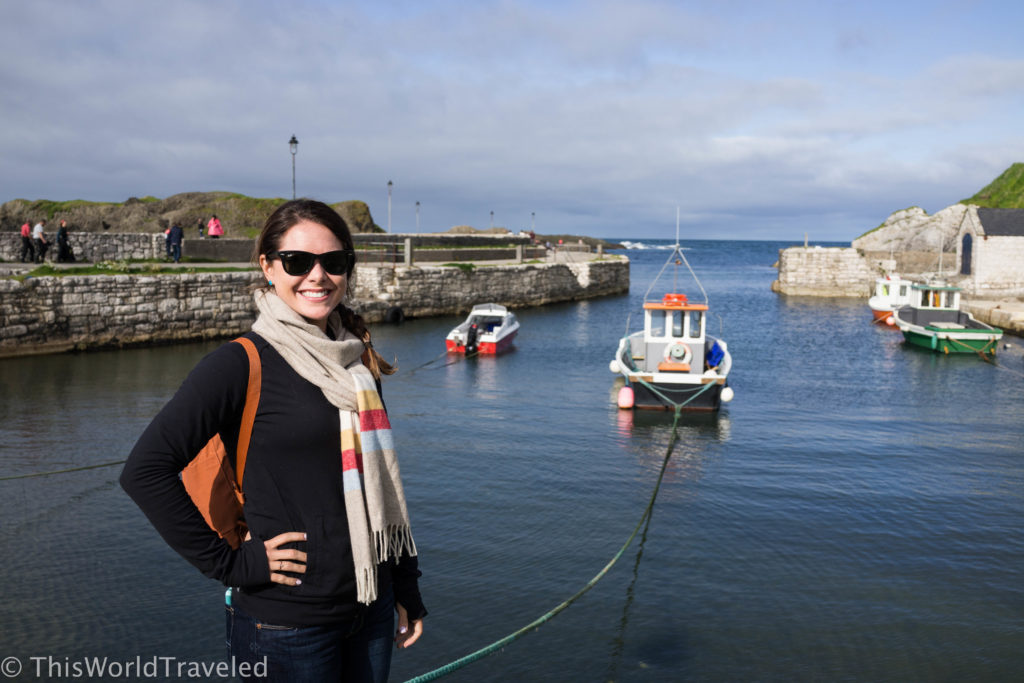 Our last stop on the Coastal Causeway Route was the Carrick-a-Rede rope bridge. We parked in the crowded parking lot near the ticket office. The cost to enter is £5.90 ticket. This allows you to walk along the rope bridge and explore the surrounding cliffs.

The walk to the bridge is approximately 1 kilometer and is absolutely breathtaking. Seriously, stunning. 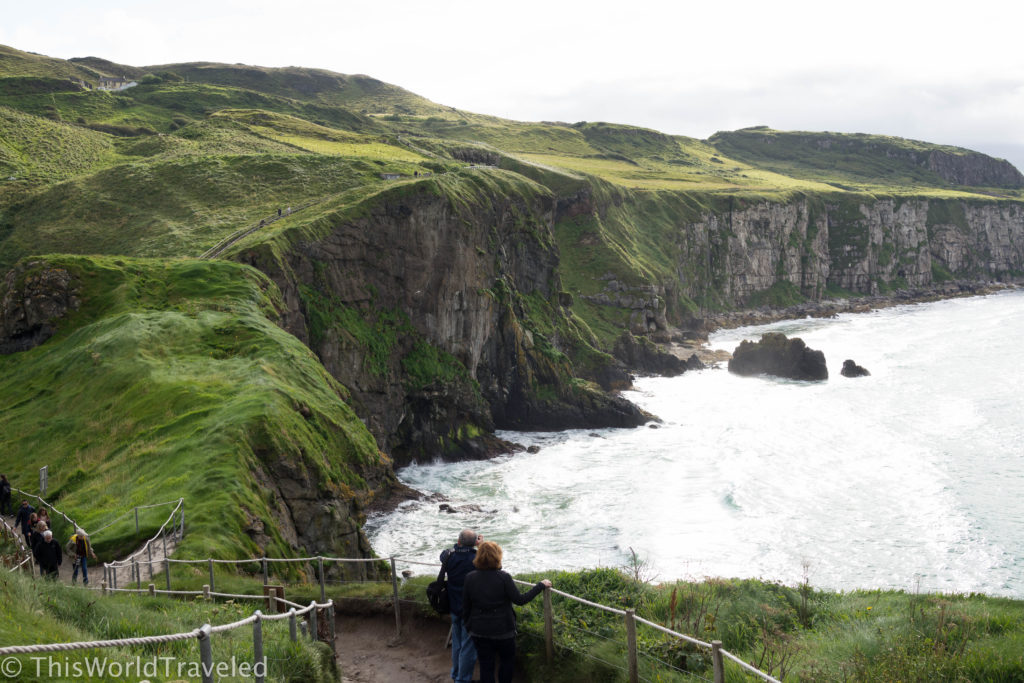 As we continued along the well marked path more of the spectacular cliffs came into view. After stopping many times for pictures, we eventually made our way to the rope bridge where we had to wait our turn to walk across.

The only downside of the Carrick-a-Rede rope bridge was that it was very crowded and we felt rushed walking across. 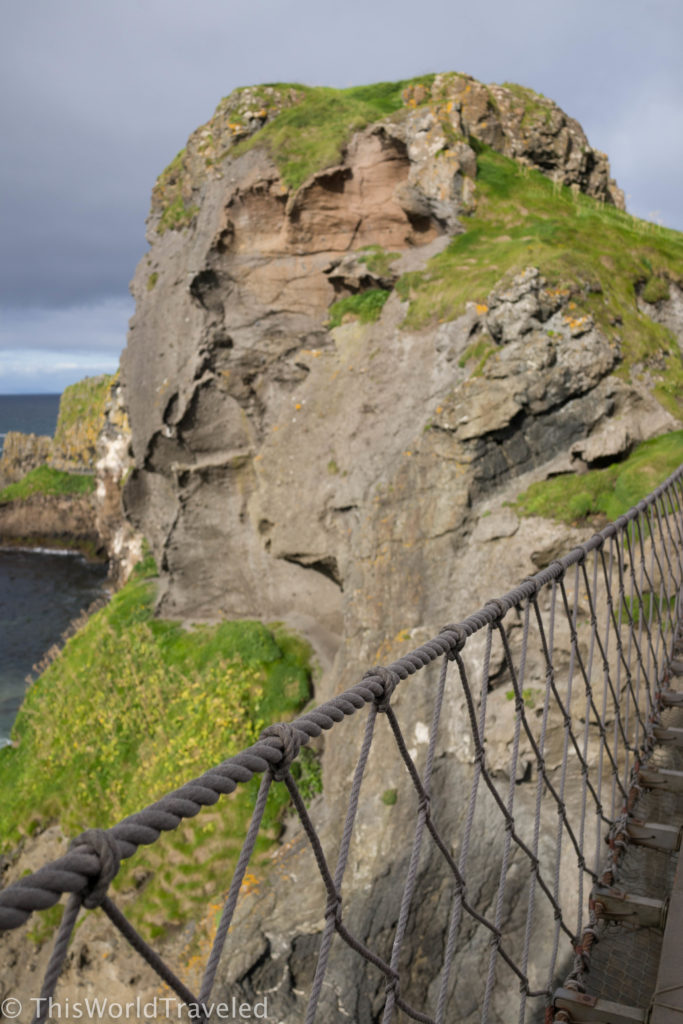 Once we crossed the slightly precarious rope bridge we wandered around on the huge craggy cliffs of Carrick Island. This side is connected to the mainland by a 66 foot long rope bridge. To get back to the side you started you must go back over the same bridge. 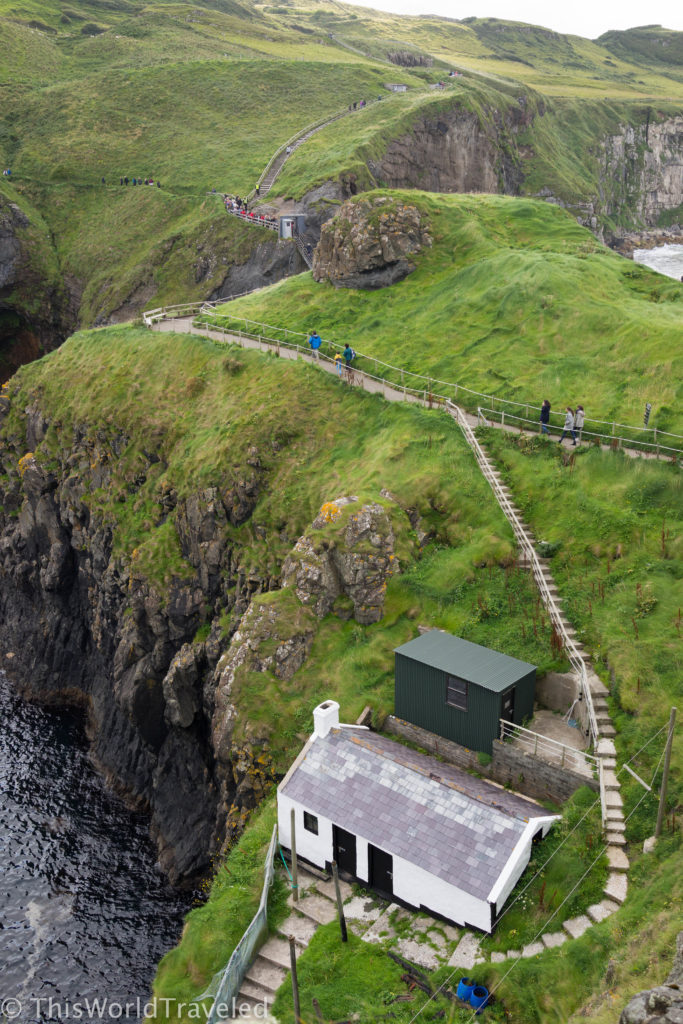 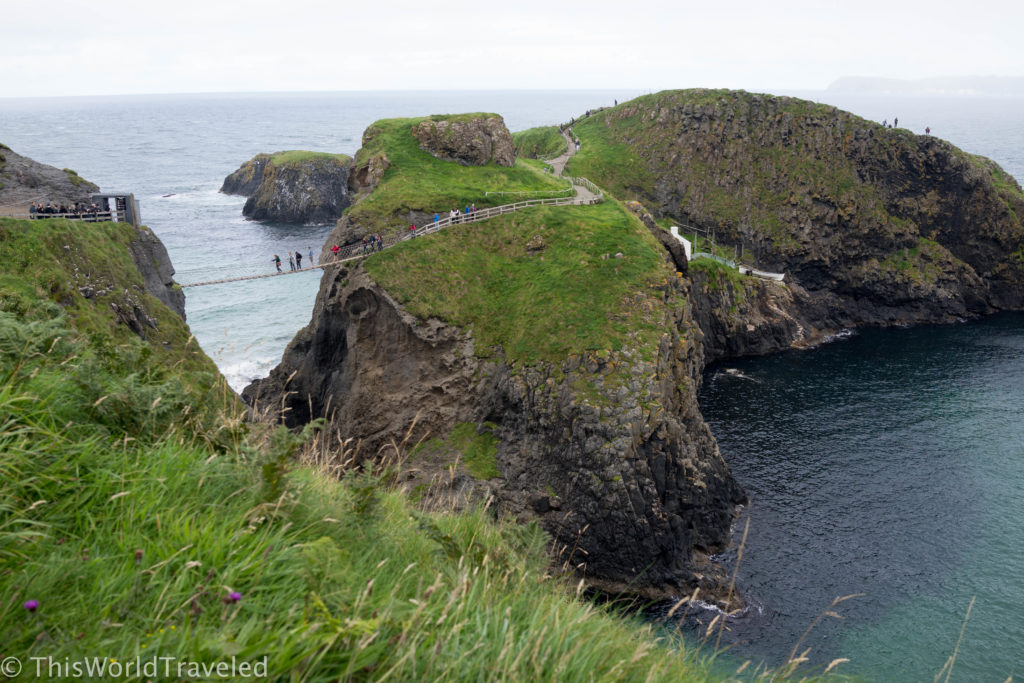 Leaving the bridge, we made our way to Belfast for the next part of our adventures in Northern Ireland!

Have you been to Northern Ireland? Tell me what your favorite place was in the comments! 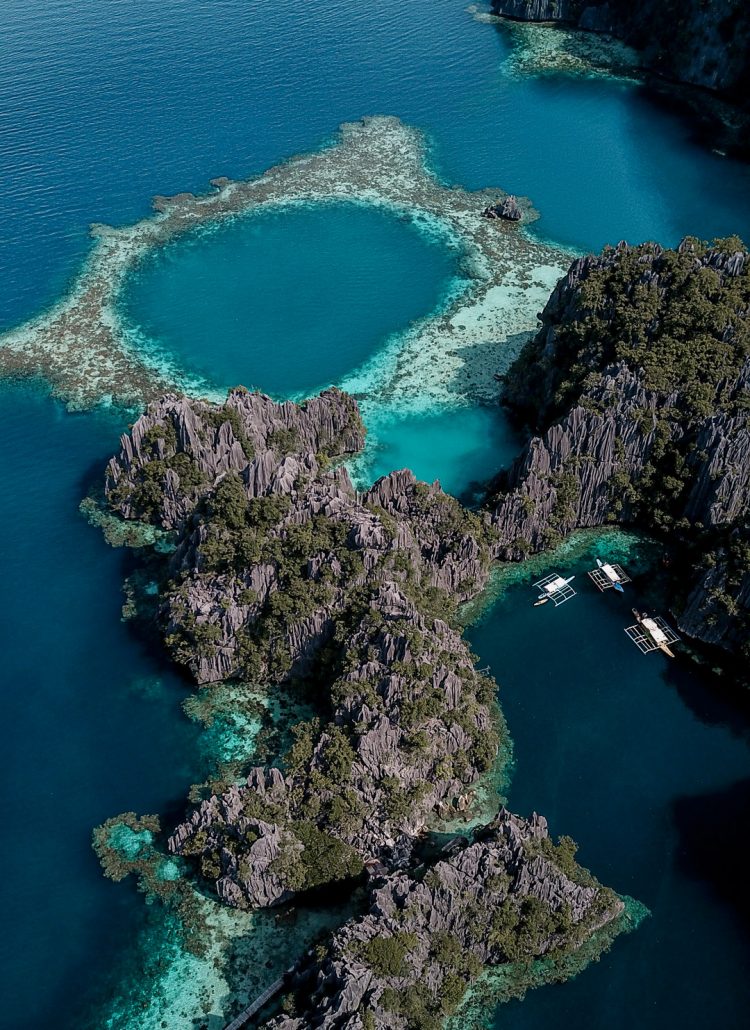 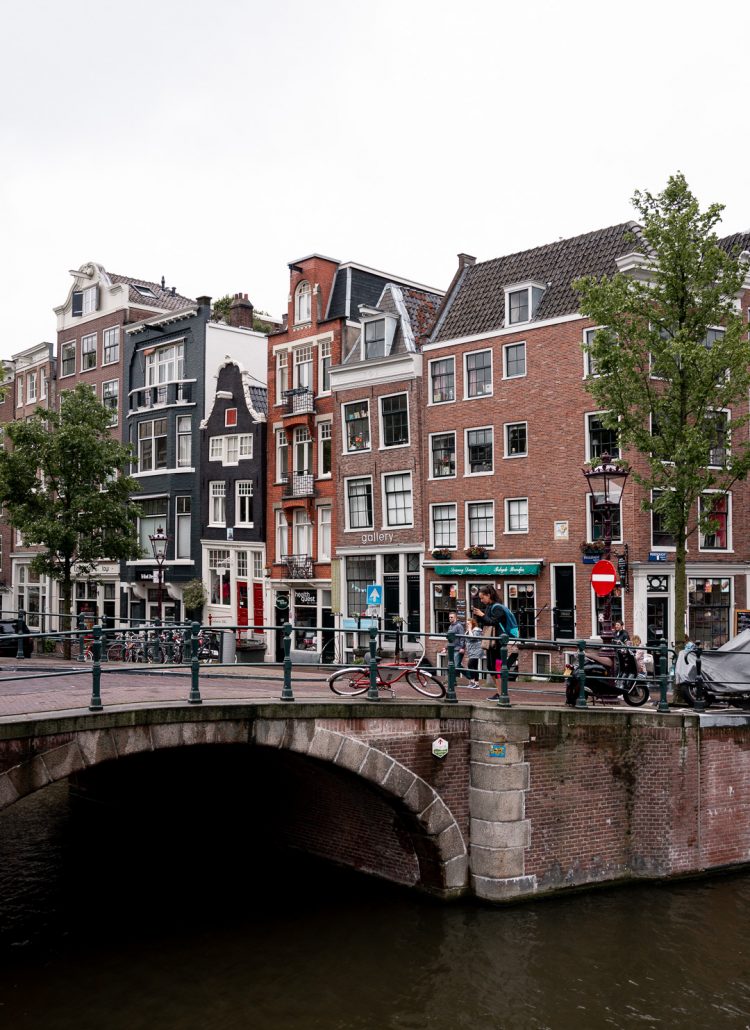 Amsterdam Travel Guide: 22 Best Things to Do in Amsterdam, Netherlands 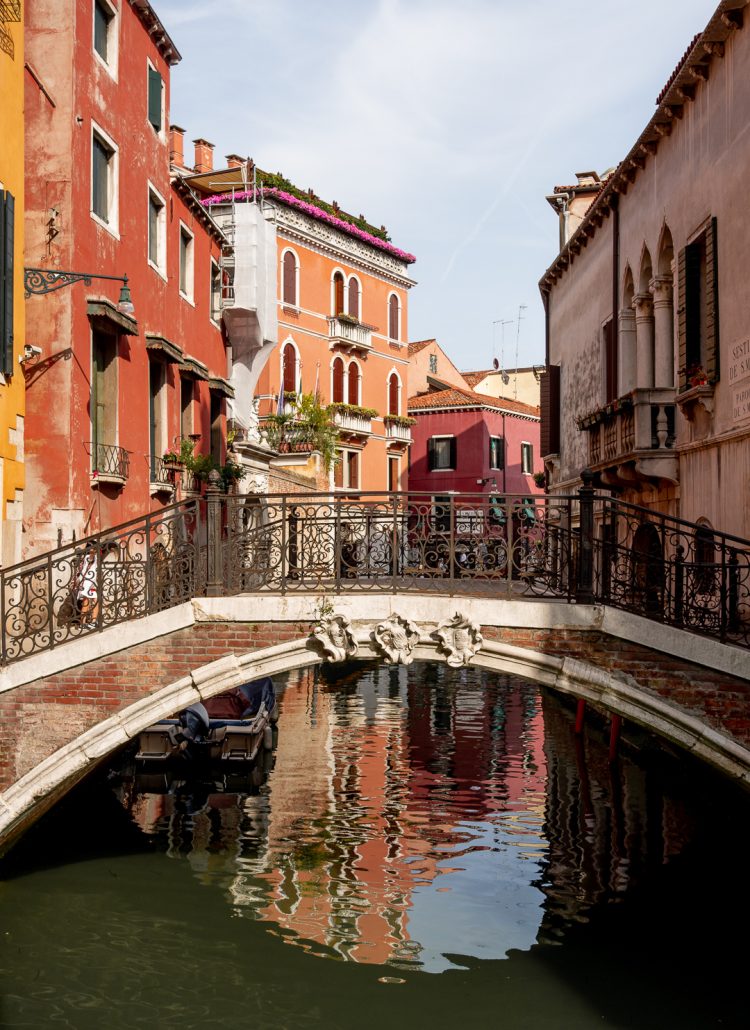 The Absolute Best Camera Gear for an African Safari