It was early Sunday morning and as we rounded the bend on the drive from Garmisch to Hohenschwangau village, where the King’s castles have stood since the early 1800’s, we spotted just a glimpse of Neuschwanstein castle up on the hill. 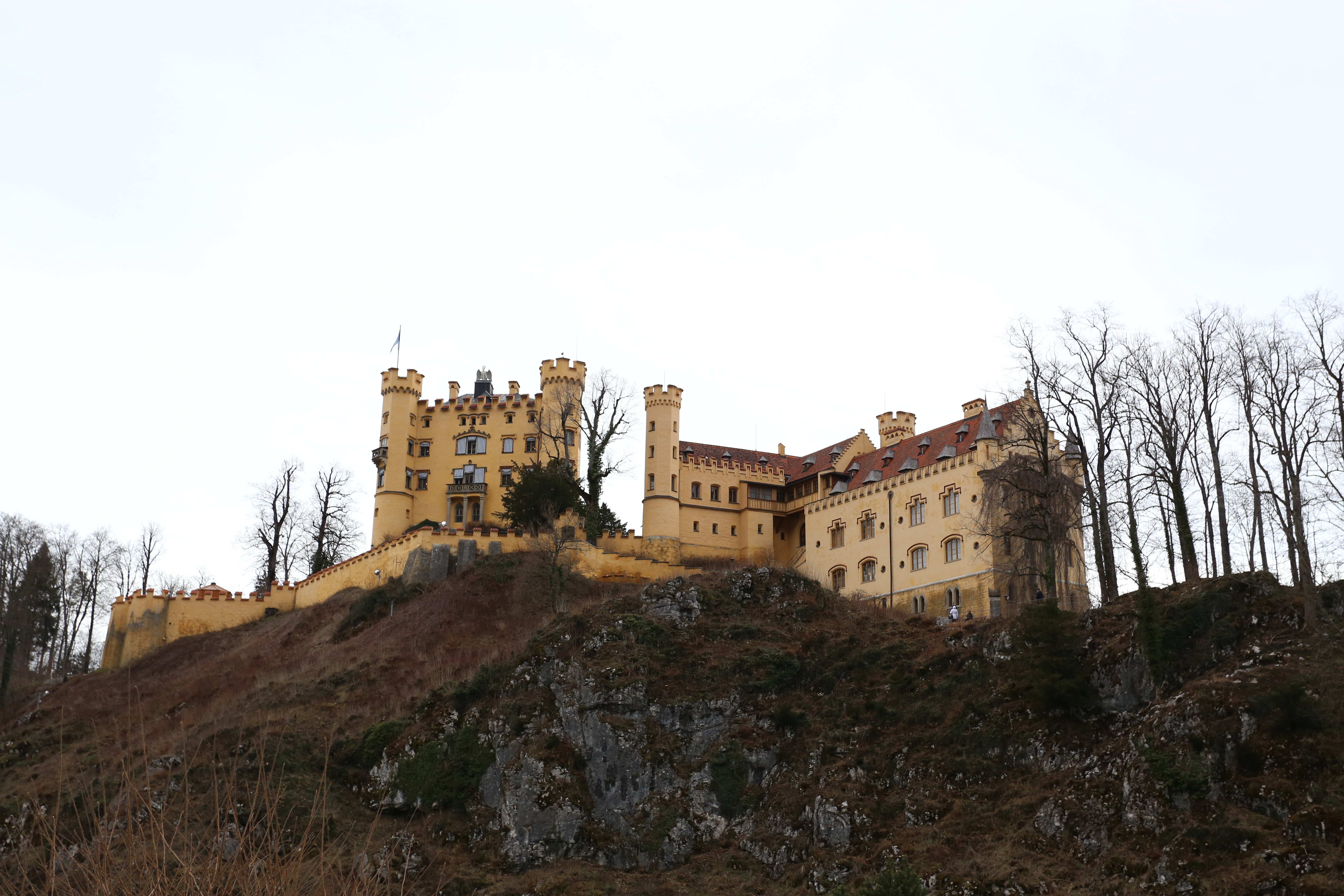 At the early age of 18 he took over the throne and began building the fairytale castle (which would later be the inspiration of Walt Disney’s Cinderella castle) between the years 1869-1886. Upon his death, after only 22 years of ruling Bavaria, the construction on the castle was stopped leaving only a third of the interior actually finished.

During the tour of the castle you are taken through all of the finished rooms and while no photography is allowed, you can still admire the beauty and detail that was put into the interiors design. Each of the rooms boast extravagant murals of King Ludwig’s favorite operas and always feature his symbol, the elegant swan.

To book the tour you need to go online prior to arrival and purchase your tickets by visiting www.ticket-center-hohenschwangau.de. The ticket prices are: Neuschwanstein €12; Hohenschwangau €10.50; and for both €21.50.

You will choose an entry time and must arrive at least one hour early to pick up your tickets from the clearly marked ticket center in the middle of town. After collecting your pre-purchased tickets you can either walk, take a shuttle bus or ride in a horse drawn carriage up the Neuschwanstein castle.

The carriage and shuttles drop you off almost to the entrance of the castle and then you have to walk the additional 5-10 min up the hill to reach the top.

Photo tip: A wide angle lens is ideal to capture the perfect shot of the castle from this vantage point. 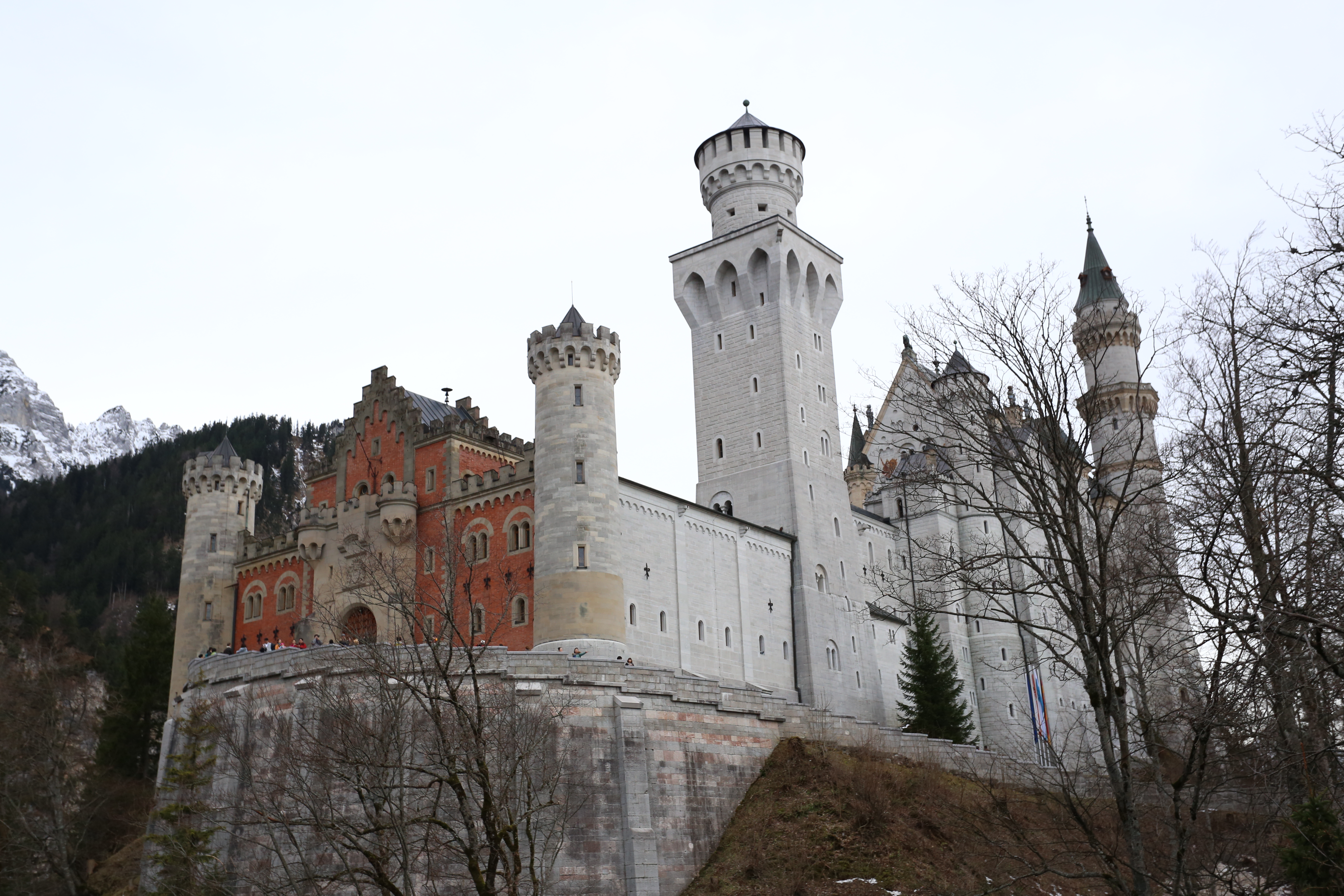 Once you enter through the front gates of the castle you wait for your ticket number to be called and then you enter through the turnstile with the rest of your group. The tour takes about 30 min to complete and while the tour is short it is worthwhile. The finished rooms are quite spectacular and definitely worth taking a look.

After we did the tour we hiked back down the small part of the hill to grab a snack before making our way to the Marienbrüke (Mary’s bridge) to capture some of the breathtaking views of the castle. 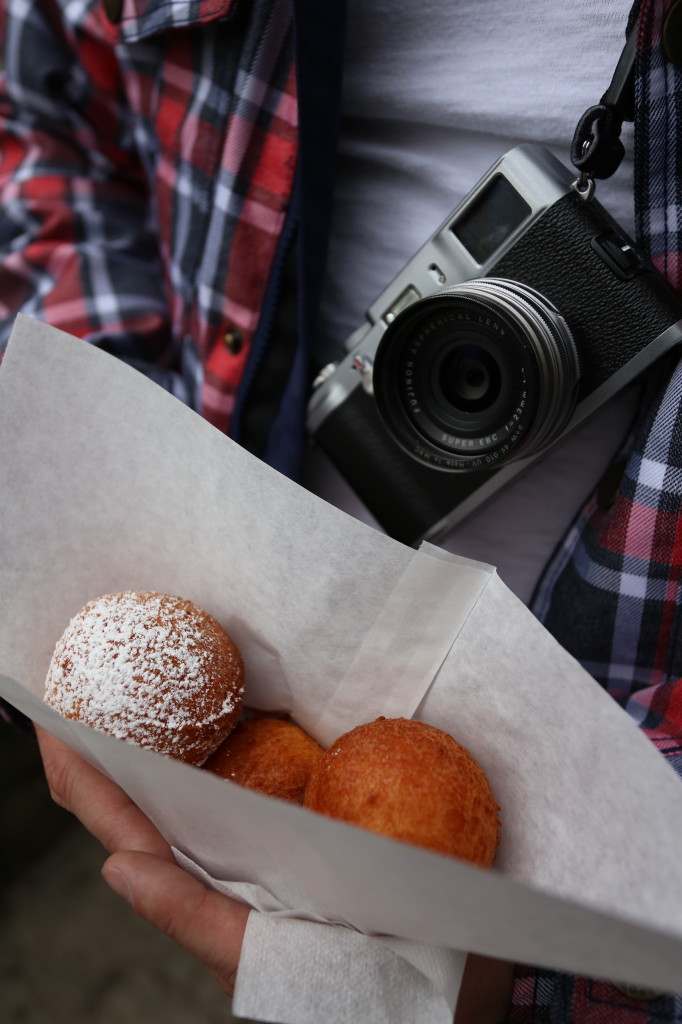 We hit up a small snack stand and scarfed up some very yummy quarkballchen (similar to a large doughnut hole, but much more delicious) and a bratwurstl… when in Germany!! After filling our tummy’s we headed back up to the entrance point of the trail that takes you to the bridge.

It’s located immediately to the left when exiting the castle. The walk to the bridge is beautiful and allows for some great panoramic views of the village and Hohenschwangau castle. 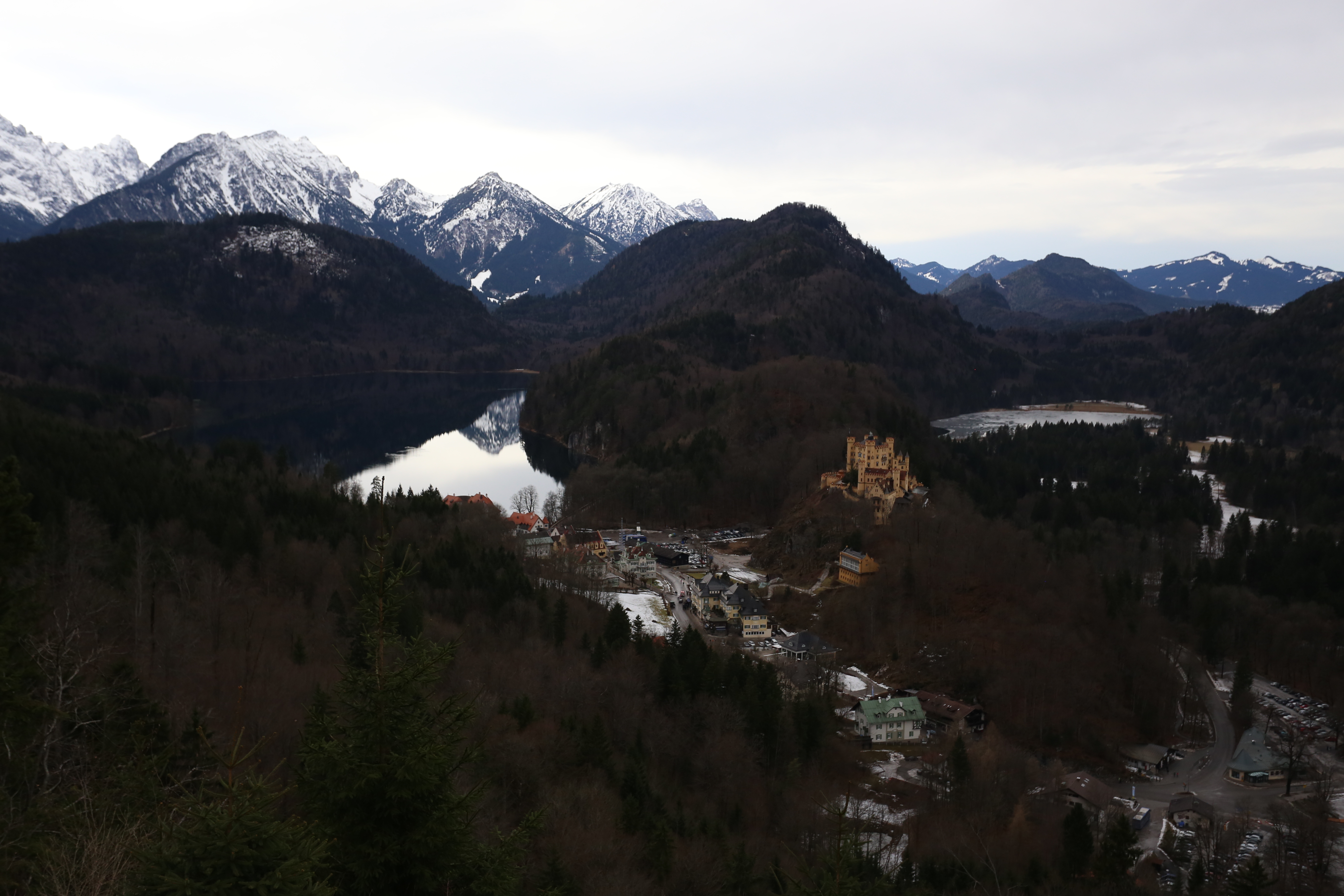 Once we finally reached Marienbrüke and stepped out on the suspended wood planks we were thrilled at the view and excited about how amazing our pictures were going to turn out! We stood on that bridge for a good 45 min snapping as many shots as we could. 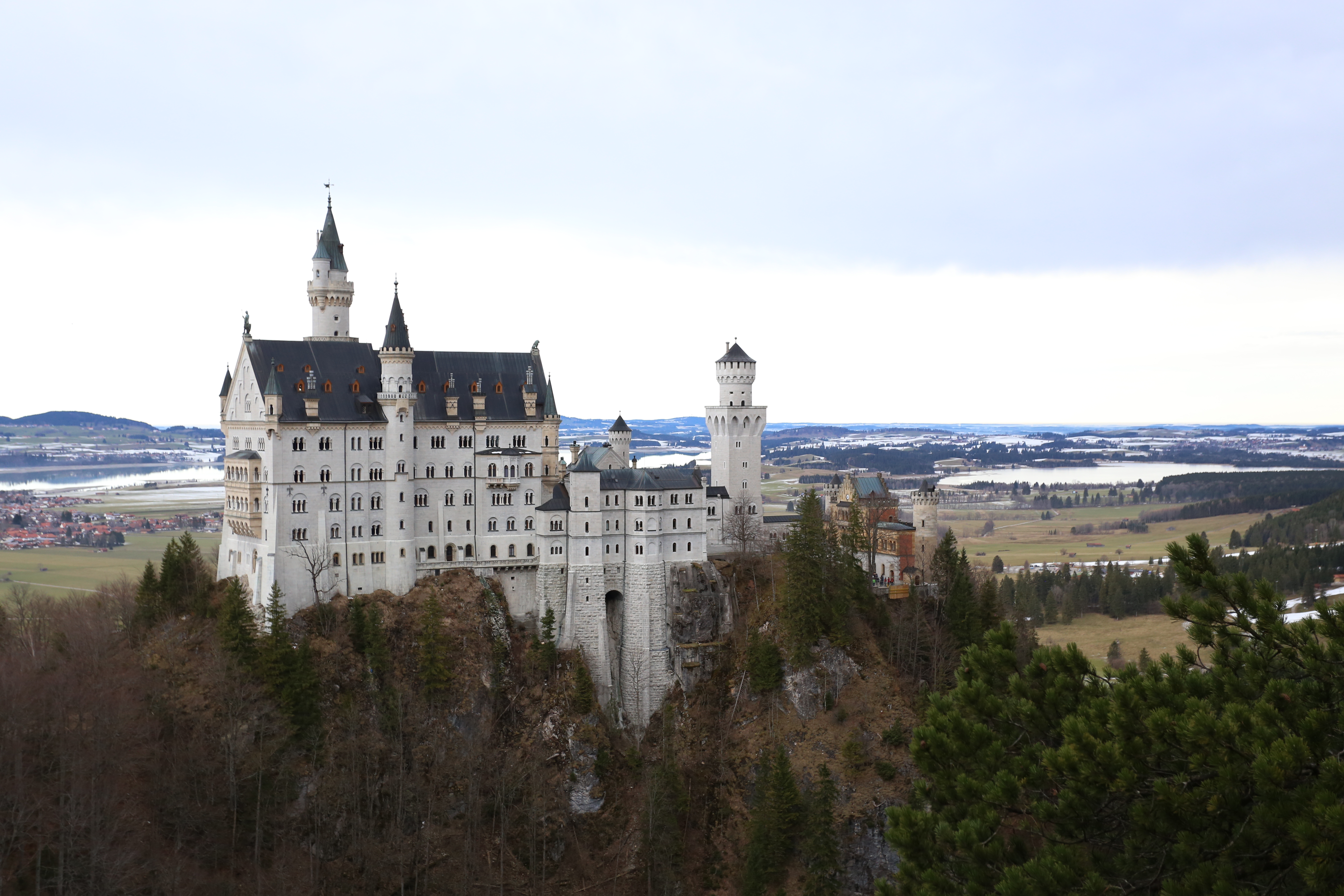 After we maxed out our shots we headed back down the hill into the village and decided to walk up the shortcut steps to Hohenschwangau castle to get some pictures of the outside of the castle. Even though we did not do the tour of the inside I would recommend going up to admire the exterior of the castle. 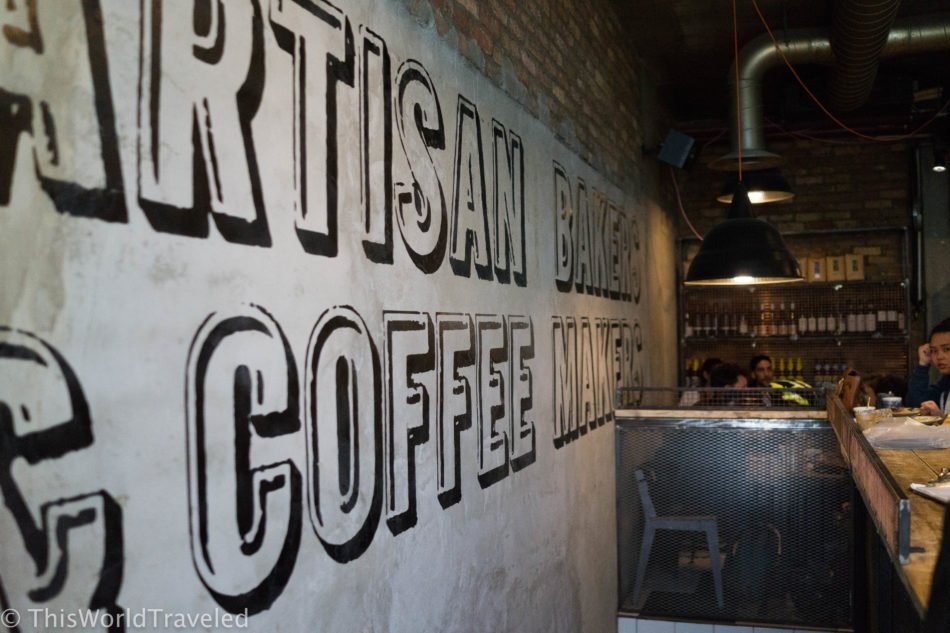 The Best Places to Eat Brunch Around the World 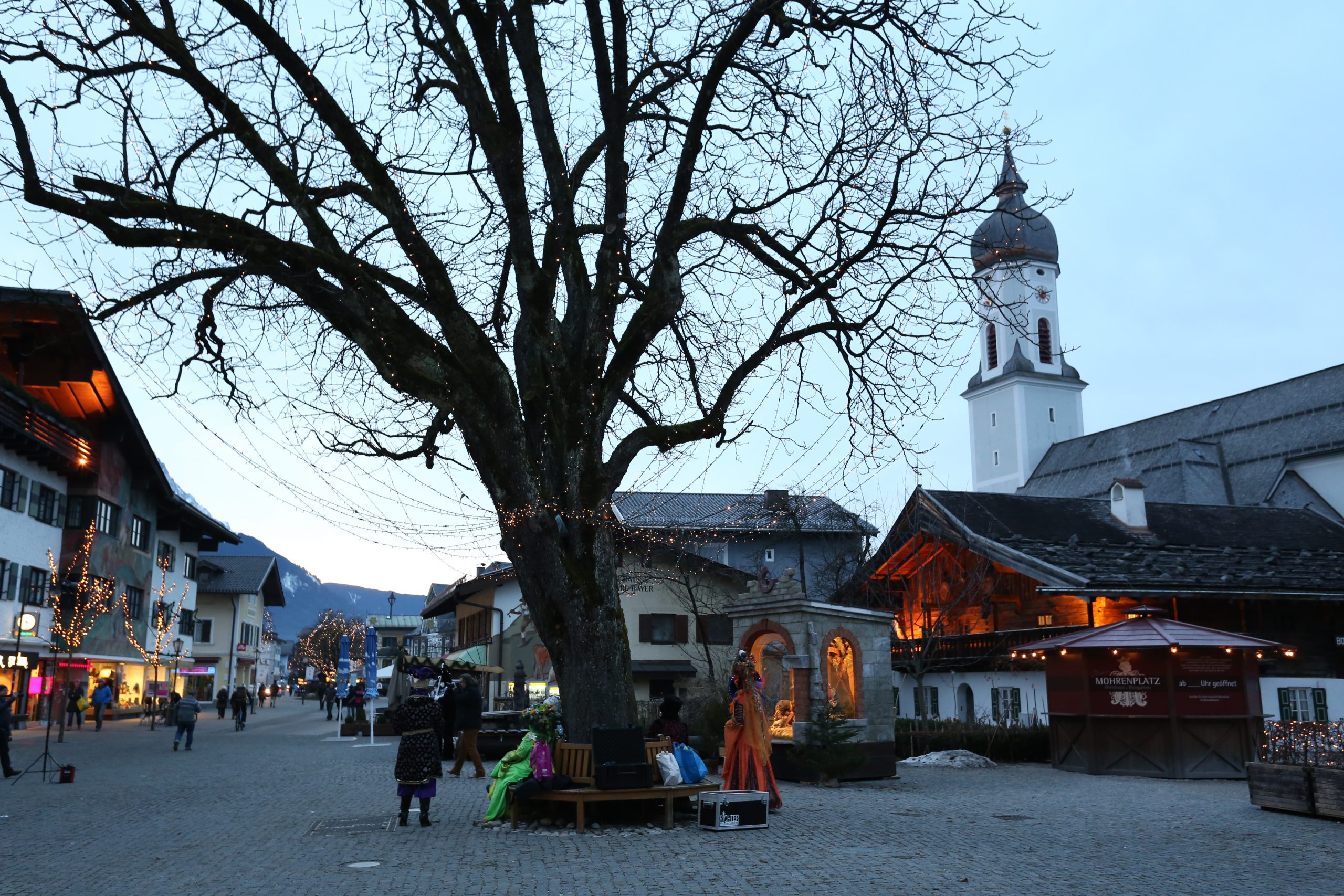 Cloudy with a Chance of Schnitzel! 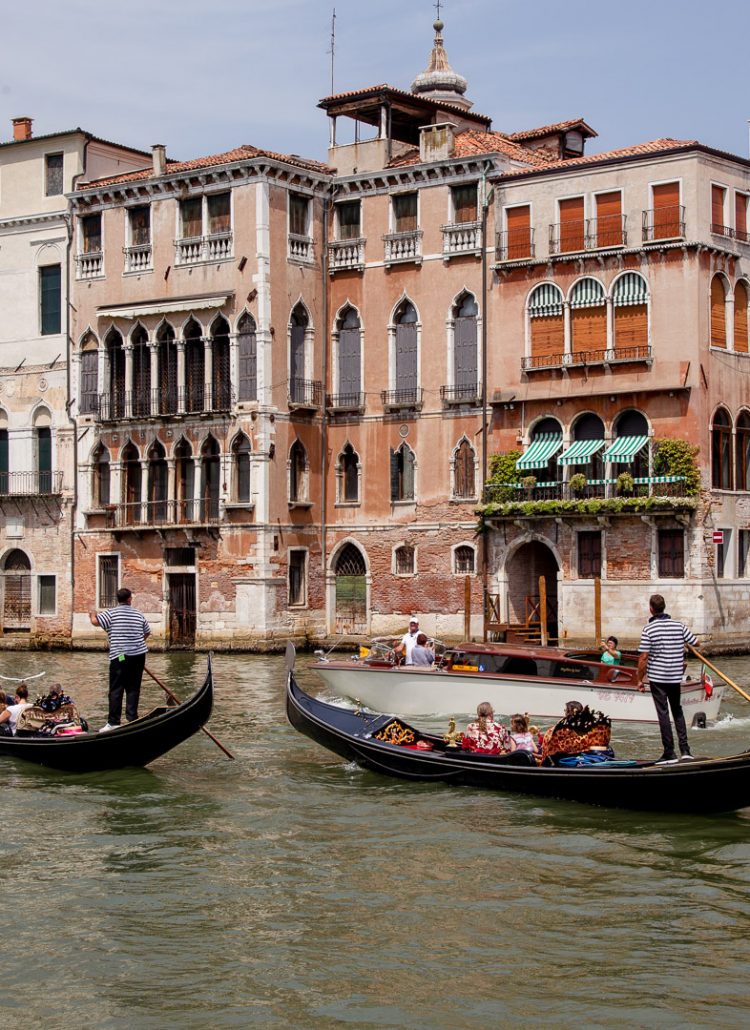 Planning a Trip to Europe: 30 Tips to Help You Plan a European Vacation 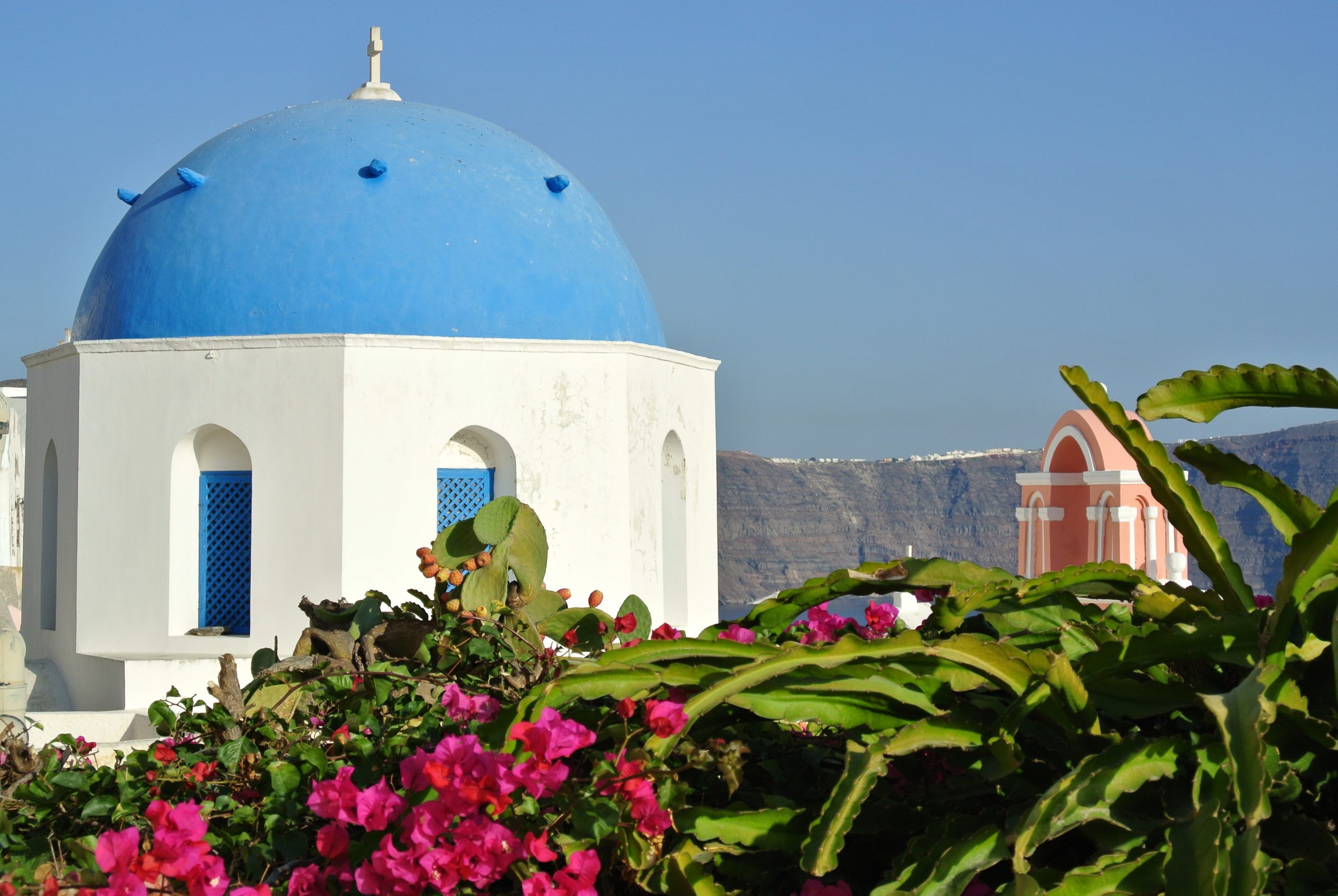